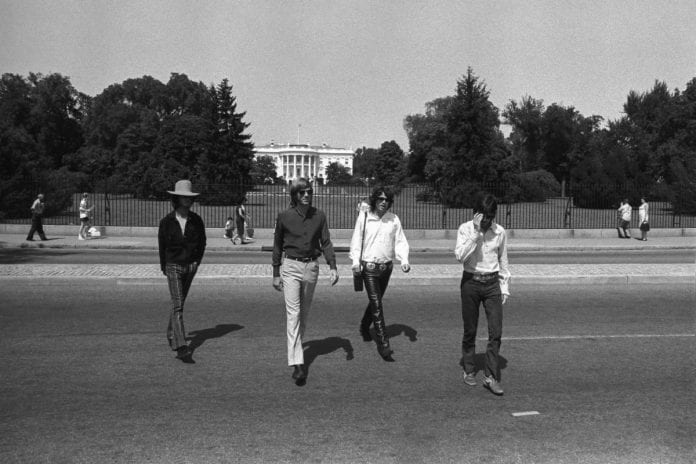 To commemorate the 50th anniversary of The Doors’ seminal Morrison Hotel album release, Morrison Hotel Gallery is excited to introduce an exclusive collection of rare and iconic images handpicked from The Doors Archives. With over 25+ images that have never been available before as fine art prints, the Doors Archive will now be made available exclusively through morrisonhotelgallery.com starting on August 20th.

The exhibition comes just ahead of the October 9th release of The Doors Morrison Hotel 50th Anniversary Deluxe edition (Rhino), a 2-CD/1-LP box set that expands the band’s fifth studio album with over an hour of unreleased session outtakes that show how the songs evolved in the studio. Both the iconic cover photo taken by Henry Diltz and the album itself have become legendary touchstones in rock and roll history.

With an intoxicating, genre-blending sound, provocative and uncompromising songs, and the mesmerizing power of singer Jim Morrison’s poetry and presence, The Doors had a transformative impact not only on popular music but on popular culture. The Doors’ arrival on the rock scene in 1967 marked not only the start of a string of hit singles and albums that would become stone classics, but also of something much bigger – a new and deeper relationship between creators and audience. Refusing to be mere entertainers, the Los Angeles quartet relentlessly challenged, confronted, and inspired their fans leaping headfirst into the heart of darkness while other bands warbled about peace and love. Though they’ve had scores of imitators, there’s never been another band quite like them. And 50 years after their debut album, The Doors’ music and legacy are more influential than ever before.

The Doors collection will feature images captured by a lineup of extraordinary photograhers, including Paul Ferrara, Jerry Hopkins, Bobby Klein, Nettie Pena, Gloria Stavers, and David Sygall. Each image is printed directly from the original negatives that have been stored in the Doors’ archives for over 50 years. Each fine art print will come with an original estate stamp along with a certificate of authenticity. There will be three available sizes, each having their own limited edition.