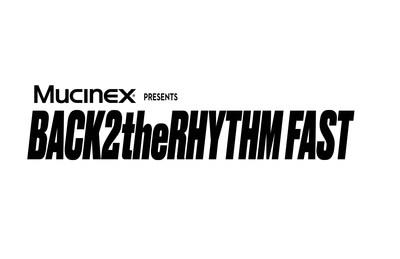 PARSIPPANY, N.J., Jan. 22, 2021 — Though 2020 has come to close, many individuals, communities and industries – including the music industry – continue to struggle from a year like no other. But with the ringing in of 2021 and a new sense of optimism beginning to emerge, Mucinex Fast-Max – the cold and flu brand that gives people the power to beat their symptoms and get back to their rhythm, day or night – announces the Back2TheRhythmFast” Livestream concert to support the live music industry.

On Monday, January 25th, the Mucinex Back2TheRhythmFast experience will feature performances by two exciting young musical talents – Daya and Slushii – whose opportunities, like so many, were sidelined this past year. The daytime half of the event will kick off on Twitch at 3 PM EST with EDM artist, Slushii, whose eclectic genre-busting music is the soundtrack we all need right now. The nighttime portion of the livestream will begin at 8 PM EST spotlighting Daya and her unique and uplifting blend of EDM and pop musicianship. Fans can get back to their rhythm by tuning in on the Live Nation Music Channel on Twitch.

Through the partnership with Live Nation, Mucinex will make an even greater impact with a donation of $50,000 to Crew Nation, the global relief fund that supports the behind-the-scenes crew members who are invaluable in making live music one of our most treasured and missed experiences. Throughout the livestream, viewers will also hear and see the stories of concert crews and impact this shutdown has had on their livelihoods and craft…and how just by tuning in, viewers are helping them power through this difficult time.

“We believe every individual has meaningful stories about overcoming adversity, including the musicians and crews who work tirelessly to help us all find our rhythm day or night,” said Adriana Cardenas, Senior Brand Manager for Mucinex at RB. “We feel a powerful connection to this industry because, just as music can help us get back on our feet, so can Mucinex® Fast-Max, a powerful reliever of cold & flu symptoms.”

“Being able to participate in this event and knowing that we’re helping fans kick 2020 to the curb like a bad cold and get back to their rhythm – while also giving back to the crews that make it all happen – gives me hope that we really can power through this together,” said Daya.

Daya has been performing since the age of three. From playing the jazz piano, guitar and ukulele to crafting Grammy-winning hits such as “Don’t Let Me Down,” she has emerged as one of the top female artists in the last few years. Recently recognized as 2020’s Most-Streamed EDM Female Artists by Spotify, Daya continues to take the mic by storm with new and emerging music for her fans. Up next for Daya is her new single “Bad Girl” to be released on Friday, February 5th.

EDM powerhouse, Slushii has emerged on the electronic dance music scene in just four years, with three headlining tours already under his belt worldwide. Taking the festival crowd by storm, Slushii has performed on the main stage at EDC Las Vegas, Tomorrowland and Ultra Miami to name just a few. In 2020, Slushii released the full-length album “DREAM III” as well as his smash hit “All I Need.”