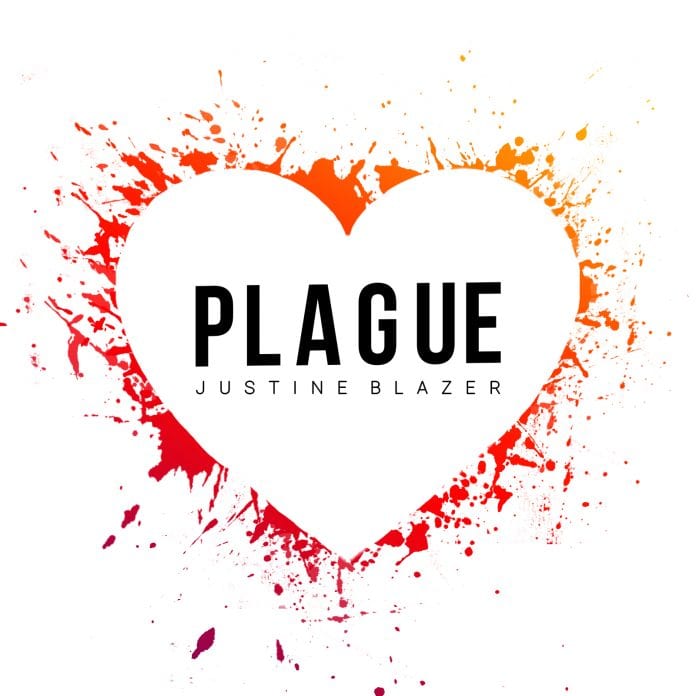 The single was set to release before the effects of the current pandemic were at play, so the timing of it is a bit surreal.  Justine shares her thoughts on the song and how it relates to the situation at hand:

“What may seem perfect timing or a perfect storm, it’s purely coincidence or perhaps a premonition. My latest single, PLAGUE, truly represents the time we are in the world right now. I wrote this song last fall with Randy Barnett (MC1 Sony Orchard). We wanted to create something real, dark and a fresh vibe I’ve never done before. I wanted to take risks and push myself further as a producer, writer, vocalist, and composer. I’m very proud of the result but this track and my All-Star team.” -Justine Blazer 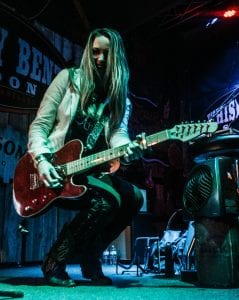 Nashville producer, singer, songwriter and recording artist, Justine Blazer, has been taking the music world by storm. Her unique style of edgy country/pop/rock is infused with a hint of Detroit soul and modern vibes. After Justine won the Nationwide Ram Trucks Battle of the Bands competition, she toured playing 250 dates a year coast to coast opening for Jason Aldean, Justin Moore, Lee Brice, Lonestar, and more.

Additionally, she has received endorsements from Luna Guitars, Dean Guitars, Chrysler Incorporated and more.  Her single, “Not Going to Take You Back” hit Top 100 on the Music Row charts, along with a successful radio tour. Then “Gasoline” was the #1 most downloaded song on the Play MPE List. Her single “Las Vegas”, added to the IHeartRadio country station new artist rotation followed by her single “On The Edge With You” which hit the Top 10 on the European Charts and the launch of her European Tour. 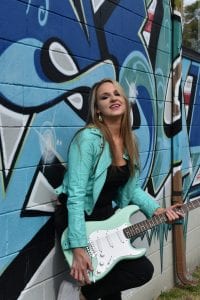 In the Summer of 2016, she was selected to be on the new TV show, “American Supergroup”, produced by Anastasia Brown, Kevin Wayne Waldrop, and Gary Wayne Bridges. It aired on MTV and POP Networks. Her latest album release was produced, engineered, mixed and mastered by Justine and features 12 tracks, with her debut single and title track “Pioneer Soul Shaker.” Justine is also the producer and host of a weekly podcast “Sonic Female.” In 2019, Justine celebrated two nominations at the Independent International Music Awards Show The Josie Awards for Producer of the Year and Country Female Artist of The Year. Justine recently presented at NAMM 2020 in Anaheim, Ca representing RME Audio.