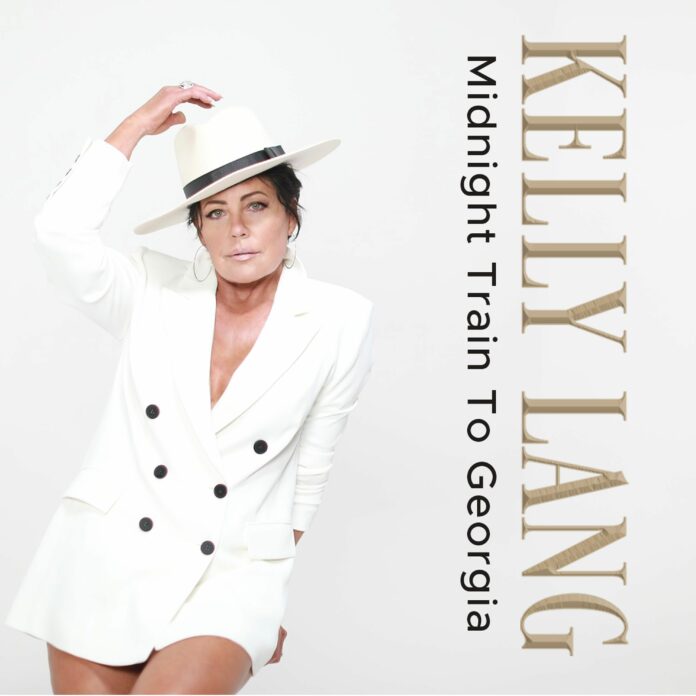 Nationally acclaimed country singer-songwriter Kelly Lang is releasing her Official Lyric Video for her cover of Gladys Knight’s iconic single “Midnight Train to Georgia” from her forthcoming album and we’re pleased to premiere it here today.

Lang filled us in on why she chose to cover “Midnight Train to Georgia” and her upcoming album.

Are you currently working on an album?

We recorded Old Soul about a year and a half ago and released it last year. It was a collection of songs that we all know — they’re all on the radio all the time — like Sting’s song “Every Breath You Take” and [Frankie Valli’s] “My Eyes Adore You,” and things. And I had such great response from it, and to be honest with you, there were so many songs that I really wanted to get to that just wouldn’t fit on the first project. So this is an Old Soul II project — kind of a continuation of the first one. And there are some songs that just did not make the first album, and “Midnight Train to Georgia” is my first single out on Old Soul II.

Tell us why you chose to cover “Midnight Train to Georgia.”

Oh my gosh. I was raised with such a passion and love for Gladys Knight like none other. My mom used to play her music all the time, and I used to roller skate in the carport, singing to her songs at the top of my little lungs. I’ve always loved everything she does. So, recently having gone to see her in concert several times, it just — that song just kept haunting me and haunting me. And I just thought, “You know what? Maybe there’s a reason for this.” I decided to put it on the album, and it was one of my favorite tracks that we recorded.

What was the recording process?

We recorded this in Nashville at Hilltop Recording Studios with some of the greatest musicians on earth — Buddy Hyatt is my co-producer on this project, and he and I got the best players in Nashville. They had such a fun time recording these old songs because they’re familiar with them, yet they added their own flair and made them our own.