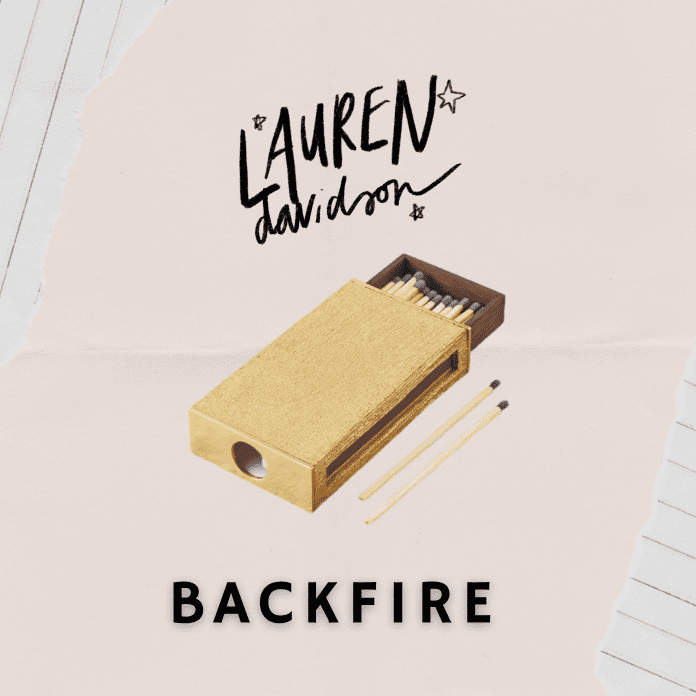 Like most of this music I plan to release this year, “Backfire” was written and recorded from home—both my home and Dave’s. It’s been so cool to see what we’ve been able to accomplish this year remotely despite the craziness going on in the world.

Davidson says, “I wrote “Backfire” early last year after the pandemic hit with my buddy Adam McDonough who I wrote “Soaking Up Every Second” with. I was spending all of this time at home for the first time in a long time, and with all of my shows and touring being canceled and bad news after bad news every day, I found myself at a crossroads and sometimes a low. I wanted to write something that felt hopeful about the future. “Backfire” is about rising from the ashes when things don’t go the way you hoped and planned, and instead of breaking down, lighting that match within you and letting that fire burn inside of you and drive you to whatever is next.