Home News Music News Music Premiere: Side Pony bring some honky-tonk and sass in their new... 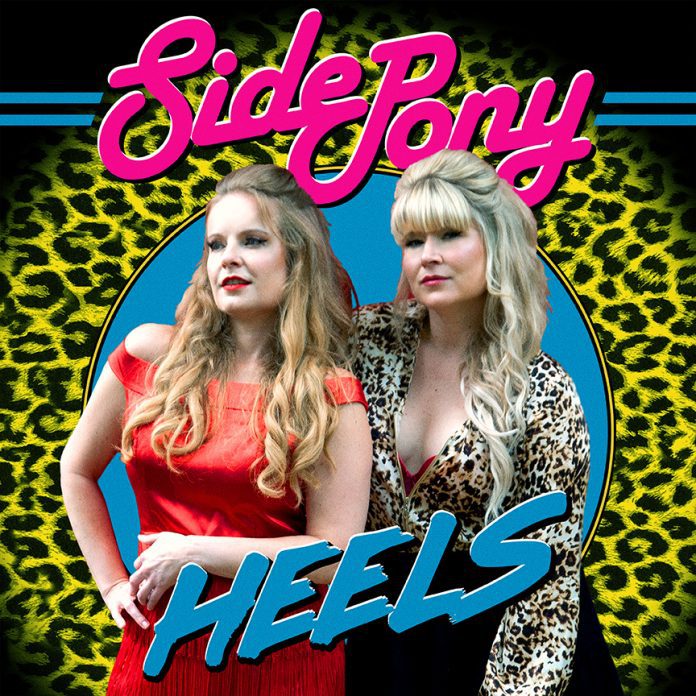 The Nashville-based duo Side Pony is Alice Wallace and Caitlin Cannon who joined together for the release of their debut album Lucky Break on October 8, 2021, via Mule Kick Records. Lucky Break was recorded in the East Nashville studio of producer/guitarist Doug Lancio (Patty Griffin/John Hiatt/Todd Snider) and features eight original tracks that “ooze swagger and sweetness and lean into the “neo” of neo-country.”

Today, we’re pleased to premiere the single “Heels” off of the forthcoming album.

“Ever date somebody shorter than you (literally or figuratively) and found yourself shrinking to boost their confidence? Sure, most of the time high heels are just painful and a path to back surgery down the line, but we still feel hot in them! If a man wants to feel taller, maybe he should put on a pair.” – Side Pony

Tell us about the inspiration for your new album, Lucky Break?

Alice: In a way, the pandemic was the inspiration. Caitlin and I had already been writing songs together intermittently for a couple of years and had a few co-written songs that we both really loved, but it was the sudden halt in our careers in 2020 that gave us much more time to write. But it wasn’t just that we had the time to write; we also really needed to write in order to stay connected to our creative selves when every other means of doing that was taken away.

Caitlin: And because each song we wrote in succession was just as special and cohesive as the one before it, it began to make less sense to think about splitting them up for our respective solo records, when it was organically becoming its own thing.

Who/what were some influences when it came to writing the song, “Heels”?

Alice: We had so much fun writing this song. It’s the one song we’ve written where we really felt we needed to lean into our honky-tonk side and channel some of Loretta Lynn’s sass.

Caitlin: And I’m privy to the song verse reminiscent of the Hollywood Golden Era. There’s a kind of 1950’s cultural prosody in that. Although, in the studio, it landed somewhere between throwback Outlaw and 9 to 5.

How did the two of you come together to create Side Pony?

Alice: We met by chance a few years ago now, sitting at a writer’s round in Nashville back when Caitlin was splitting her time between Durango and Nashville, and I was living in Southern California. We both happened to be in Nashville for AmericanaFest and hit it off just chatting at the bar that night. We wrote our first song the next morning, and we were both struck by how much we clicked in that first co-write. And our voices blended in a way that rarely happens. Fast forward a few years, and we had an album’s worth of songs we decided we needed to sing together because the songs really represent both of us.

Caitlin: And we’re very different as artists and people! But the main feedback is that it makes the collaboration more exciting. It’s not like because there are two of us that there is less room on stage or in the band. Maybe in the car! 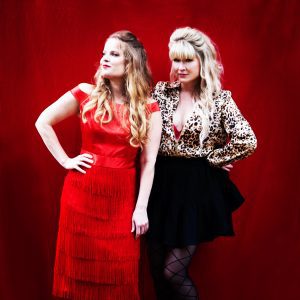 Tell us a little bit about each of you.

Alice: I only moved to Nashville about a year and a half ago, about three months before the world shut down. Before that, I was living in Southern California for about 12 years and released four solo records in that time, the last two of which were produced by my good friend KP Hawthorn, who is part of the record label Mule Kick Records that is releasing our Side Pony debut. She and Adrienne Isom started Mule Kick Records last year, and it is so great getting to work with them on our new project. My biggest influences as an artist have always been the powerful female voices of the country-rock scene of the ’70s like Linda Ronstadt and Emmylou Harris. We really leaned into that vibe on my last solo release, Into the Blue, in 2019, and it got a lot of praise across the country and even in Europe. But I love collaborating with Caitlin in Side Pony because she brings an edge and a spunk that I’m not typically inclined to tap into. We have very different styles, but we proudly celebrate those differences, and audiences respond to that in a huge way.

Caitlin: And I released my first solo record, The TrashCannon Album, right into the belly of the pandemic in May of 2020, and not being able to tour that was crushing. I had a little salon in Colorado just barely keeping me afloat and realized I could not make money in Nashville just as easily. So, I made the leap right into our little summer tour, in which Alice and I played songs off our respective records and introduced existing fans to The Side Pony tunes. Getting back in front of audiences has been incredibly satisfying.

Will you be touring in support of the new album?

Alice: Absolutely, we will be touring as much as we can! We have a tour planned along the east coast in October, right when the album comes out. We will likely do some smaller tours in November and December, and we are looking to hit the road in a big way in 2022.

Caitlin: Peddling the healing vibes of our harmonic yodeling!

Connect with Side Pony