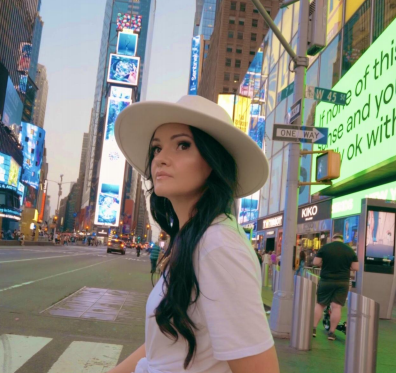 LA-based Scottish singer-songwriter Natalie Clark has released her latest single “I SEE YOU” A vibrant POP track with positive messages of reassurance delivered by the head-turning vocals of Natalie Clark.

“After watching an interview with Michelle Obama and Oprah, talking about helping people, especially young women and kids, feel seen and heard, I felt inspired to write about it. Everyone needs reassurance every now and then, and I wrote the song to uplift and offer hope to the listener. It’s for anyone and everyone, just trying to do their best and put one foot in front of the other, despite facing obstacles, challenges or feeling lost or down. Sometimes we need a reminder that we’re not alone and hopefully this song can reassure people of that!”

Natalie who has reaped plaudits from Richard Branson and BBC Radio 1’s Nick  Grimshaw was selected as a Mercedes Benz KTLA “Artist to Watch” after moving to the Natalie was featured in the Mercedes Benz U.S. commercial campaign which also included performances at the famous Roxy on Sunset and The Greek Theatre in Los Angeles. She was handpicked to open for the Grammy award-winning Indigo Girls tour and has been recording in L.A. when not busy touring the U.S. Natalie was also featured on Season 10 of NBC’s T.V. show, The Voice, Natalie received acclaim from multi-platinum artists such as Christina Aguilera and Blake Shelton when she appeared on NBC’s The Voice, who praised her voice as “cool and powerful” and “˜incredible”.

Since moving to the States, Natalie has opened festivals, toured the country, and was named a ‘Hot 100 Live Artist’ in Music Connection Magazine. Several of her tracks have received attention in the sync licensing world, with songs being featured in several Netflix shows and an international commercial campaign.

After giving up her teaching career in Scotland to pursue her dream of writing and playing music, the rising soul-pop artist made headlines in the U.K. when Branson invited her to sing on-stage at a BBC Radio 1 Academy session in Glasgow. Clark accepted his impromptu challenge, and sang ‘Weakness’, from her debut EP. It prompted Branson to proclaim: “That was absolutely and utterly stunning – no backing band, no musicians, no forewarning.” He later called her “inspiring”. Grimshaw, who was hosting the BBC Radio 1 Academy event, played ‘Weakness’ and further sang Clark’s praises on his BBC Radio 1 show the following day. 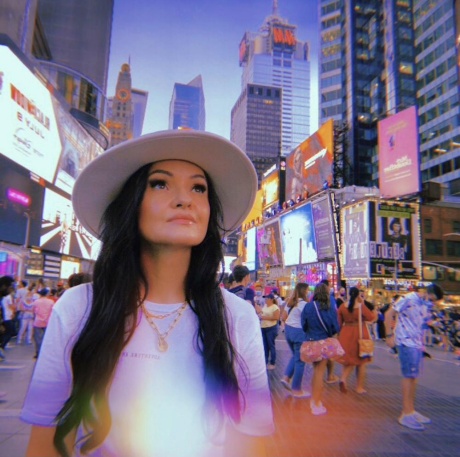 Following this, Branson wrote an article about Natalie’s story on Virgin.com: http://www.virgin.com/richard-branson/how-to-turn-fear-into-opportunity