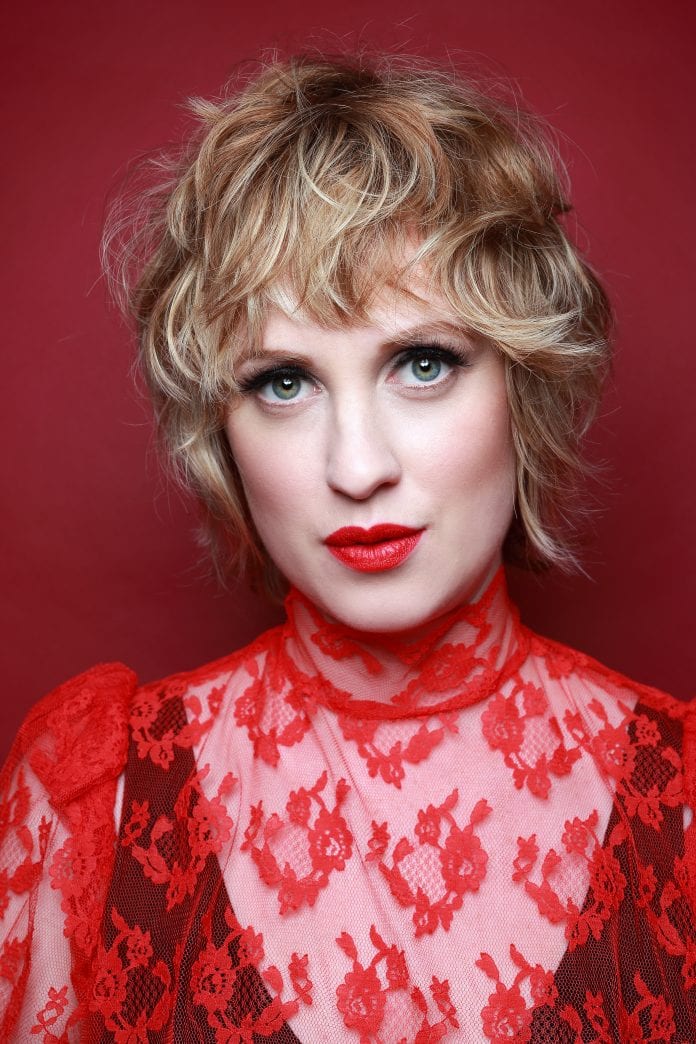 Singer-songwriter Paige Cora is set to release her debut album, Instant in Time, on January 24, 2019. Written and produced by the Ft. Erie, Ontario-based artist herself, engineered and mixed by Jae Daniel, and mastered at the legendary Abbey Road Studios in London by Christian Wright (Ed Sheeran, Franz Ferdinand, Blur, Keane), Instant in Time teems with the confidence of a seasoned performer defining her voice and serves as both a bold manifesto and introduction.

The heartbeat at the center of Instant in Time came together by virtue of how Cora and her core bandmates worked together live off the floor over seven days at Black Rock Studio in Buffalo, New York, intermingled with warm cello accents and everything else members of the Buffalo Music Hall of Fame added to her song arrangements. “Honestly, I was lifted by all the people I worked with,” Cora readily agrees. “Overall, there was great communication between everyone in the band, and I love the excitement we generated together. It all just flowed really well.”

It also helped that Cora instantly connected creatively with her engineer and Instant in Time right-hand in-studio man, Jae Daniel. “I think we clicked right away because he saw how organic it all was,” she says. “Jae also saw how the team was coming together around me. He saw me as an artist who knew what she wanted to do — someone who wanted to make a certain kind of record. Jae and I had a vision for these songs, and we had long sessions of him and me in the room together making it come to fruition.”

From the atmospheric vocal buildup and guitar-riffage payoff of “The Good Side of Desire,” to the elegant dream-pop spaciness of “Facing the Grass,” to the synth-driven, natural-habitat rhythms of the album-closing epic “Forest Pine,” all nine tracks that comprise Instant in Time reflect just how deft this burgeoning keyboardist/vocalist is at capturing and chronicling those ever-elusive ethereal song spirits in our material world. “I think everything I do has that kind of eeriness to it,” Cora admits.

“Bicycle Bells” chronicles a tragic event that occurred in a Toronto public park, and its purposely hopeful aftermath. “This beautiful couple from France came to Trinity Bellwoods Park while trying to make a new life for themselves, but they were struck down in their prime,” Cora explains of the freak act of nature involving a tree branch that sadly took the life of the male half of this partnership. “It’s a place I’d been to so many times in my youth. I wanted to write a song for her, and if she could ever hear it, maybe it could possibly help,” Cora continues. “The perspective was to keep it about the beautiful moment before. The spiritual perspective is the trees that are all connected by roots all around the world means he’s always around her — and she always has his roots around her.”

Cora, who grew up surrounded by music and with a musician father, started out in musical theater, performing arts camp, and acting lessons. In high school, she started a band with some classmates, which went on, eventually, to become the art-rock, avant-pop, Toronto-based band The Ruby Spirit. As lead singer, she channeled her inner grunge-glam rocker with elaborate stage clothes like something out of “Ziggy Stardust” meets “Cabaret.” Her time with the band, which lasted from her teens to her mid-20s, was marked by success and press praise in Canada as well as touring both north and south of the border.

Her true lightbulb moment as an artist struck when she first came in contact with Joni Mitchell’s iconic June 1971 statement piece Blue almost a decade ago. “After hearing that album, I went, ‘I want to do this. I don’t want to get into a costume anymore as a performer. I want to be me,’” Cora details. For the past five years, she has explored music as a solo artist. “I didn’t want there to be a separation between me and the message anymore — I wanted to talk about how I was feeling. Artists like Kate Bush, Joni Mitchell, and David Bowie acted as these catalysts for me going back to the piano and getting away from everything that had been pulling me in a more bombastic, confrontational direction. They totally changed my songwriting.” Meditation, an important component to Cora’s life, holds a clear influence on her music. “Finding not just the vocals but the chords that are open and have some sort of beauty or euphoria to them is a big part of how I write now,” she observes. “It all resonates better with the universe that way.”

For several years, Cora has been working as a music composer for film, and she has been frequently commissioned by the iconic Historica Canada to compose cello, violin, and piano scores for historical documentaries distributed across Canada. She has produced classical musicians in a recording studio, playing her sheet music, calling it “a life-long dream being realized to compose for film.”

Besides being laser-focused on creating and playing her own music, Cora is also extremely passionate about supporting animal welfare and nurturing animal rights. She gladly gives freely of her own time to perform at animal-rights benefits and lends additional assistance to animal sanctuaries whenever and wherever she can. Currently, Cora personally oversees a number of rescue animals who live on her own property, and she also created and backs Imagine P.A.W.S., a not-for-profit that focuses on feral cat spaying, neutering programs, and cat adoption.

Cora has opened up for iconic artists such as The Jesus and Mary Chain, Eric Anderson, Ian Hunter (Mott the Hoople), Carole Pope, Platinum Blonde, and Willie Nile. Cora is planning an album release show in Buffalo, New York on Saturday January 25, 2020 at The Cave. Additional album release shows and tour dates in support of Instant in Time will be announced soon. 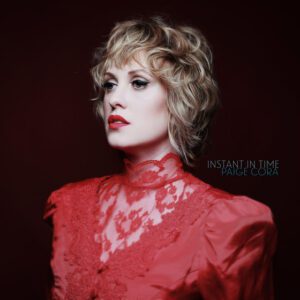