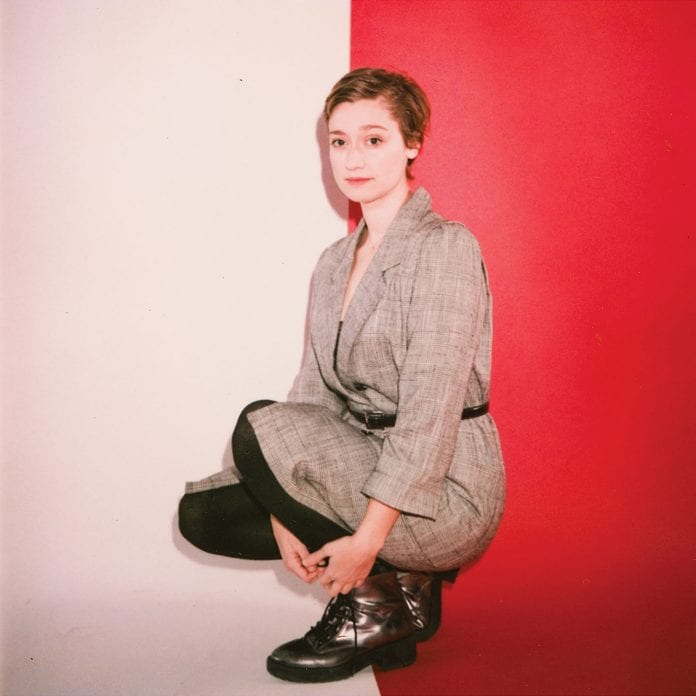 Watch HERE via The FADER

Petal (Kiley Lotz) has just released the captivating and stirring music video for the title track of her latest album ‘Magic Gone’ (Run For Cover Records). Tackling the serious topics of self-love, acceptance, and inner authenticity, and how these things can influence the relationships around us, the release of the video follows glowing critical praise for the singer/songwriter’s sophomore album from the likes of Vice Noisey, Pitchfork, Billboard, Stereogum and Rolling Stone who gave the record a well-deserved 4-star review.

Directed by H.S. Naji and filmed in a Clinton Hill apartment in Brooklyn, the heartbreaking and dreamlike video plays out like a short film where Lotz inhabits two opposite characters gradually becoming one. Lotz told The FADER that “the song is about distance and time in a relationship and trying to grow up together. For the video, Naji created a beautiful story about putting on a costume or performance every day and trying to be true to yourself, which is very much a part of any relationship. Sometimes things just aren’t alright, and you need to voice those parts of your emotional life to have healthy relationships with yourself and others.”

Watch the video here via The FADER: http://www.thefader.com/2018/07/13/petal-magic-gone-music-video

The gorgeous video follows a wave of critical acclaim for the “emotional experience” (Interview) that is the ‘Magic Gone’ LP, which was praised for its “precise, piercing” (Pitchfork) lyrics, for Kiley’s voice which Rolling Stone said is “like a bell, one that holds on to its strength and resonance even when she’s singing of knotty emotions,” and for its “ability to stop you in your tracks with nothing other than [Kiley’s] powerful voice and a sole backing instrument” (Brooklyn Vegan).

Petal is also currently on the road alongside Camp Cope with stops throughout July in NYC, Boston, DC and more.