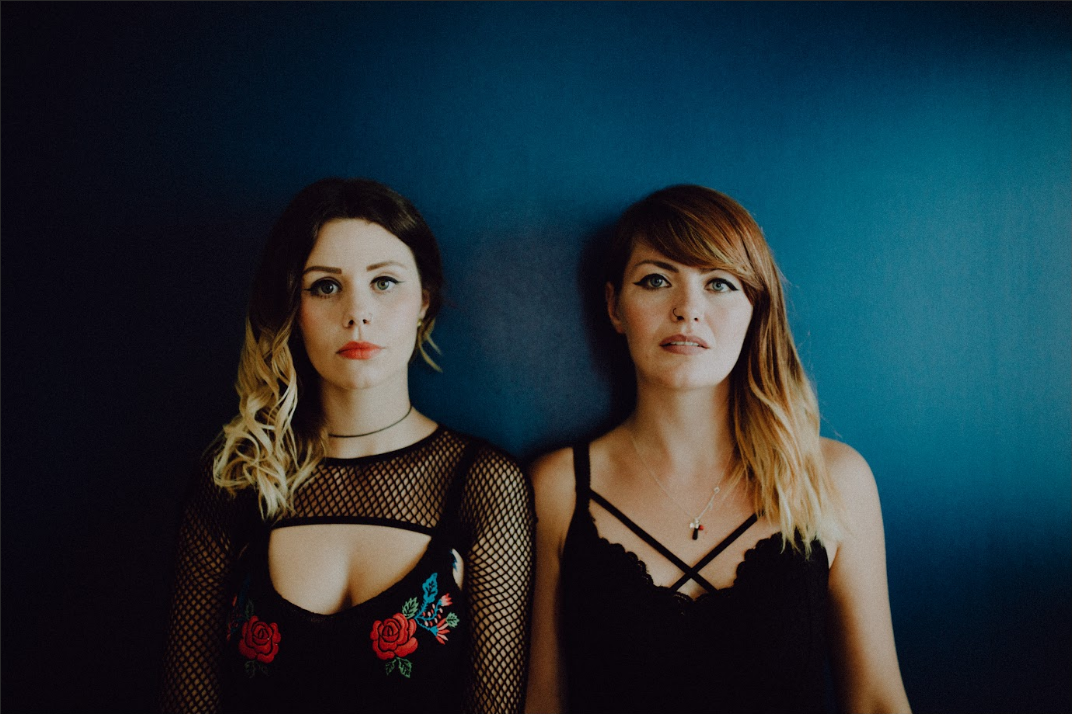 Rews, featuring Shauna Tohill (vocals/guitar) and Collette Williams (vocals/drums), generated a buzz on the UK and Irish music scene and BBC Radio last year when they opened for Halestorm on a UK tour, and with their own headlining UK tour. The band’s single “Shine” has been a staple on Kerrang! Radio, Planet Rock and Radio X, and has also been played on BBC Radio 1 and Ireland’s most popular commercial radio stations, Today FM and 2FM.

Inspired by life events from the dramatic to the mundane, Pyro covers topics from heartbreak to shady characters and breakfast cereals. Rews have shown insurmountable talent and commitment to developing their unique and inspiring sound. Pyro promises to deliver a musical punch in the face.

Shauna comments, “I find myself incredibly inspired by experiences whether they are things I’ve been through or observing and listening to what other people go through. I want to use our music as my voice and to speak honestly into the world and people’s situations as I feel music really has the ability to do that (and it has done for me!).”

Recorded at the legendary Abbey Road Studios, Pyro courses with dynamic energy from start to end. It’s a testament to the duo’s unstoppable drive, belief and passion as they continue to cement themselves as one of the most relentlessly hardworking and exciting new acts to emerge this year.

The duo will be in Anaheim, CA for NAMM 2019 to perform daily, January 26-27, at the Marshall Stage and at the 7th annual She Rocks Awards, which recognize women who stand out as role models in the music industry, on January 25, at the House of Blues Anaheim, followed by an intimate showcase in New York on Thursday, January 31, at Berlin.

Mark Radcliffe, BBC Radio 6 describes the duo’s live set as “FANTASTIC – Like a female Royal Blood… Stupendous – if you get a chance to see them – Go!”