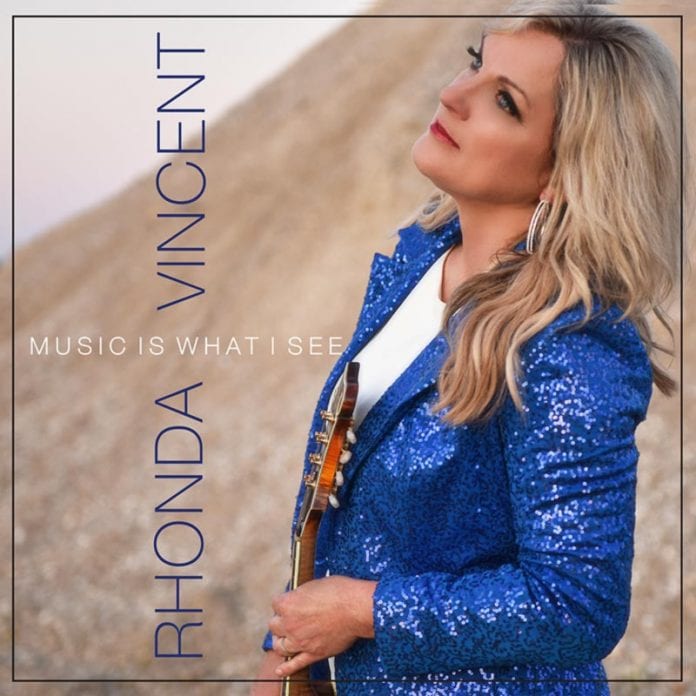 NASHVILLE, Tenn. – Multi-award-winning bluegrass artist and Grand Ole Opry Inductee Rhonda Vincent has released the single,”What Ain’t To Be Just Might Happen.” Building anticipation for a summer album release, this single, written by Porter Wagoner, is just the upbeat light-hearted tune that the world needs. Delivered with a hard-driving punch in only a way the Queen of Bluegrass herself can deliver, “What Ain’t To Be Just Might Happen” draws on the idea that whatever comes your way will be, so instead of letting it bring you down, revel in the optimism of life. The banjo-infused tune speaks volumes with master instrumentation and lyrics that enter the scene like an old friend. “What Ain’t To Be Just Might Happen” is part of a landmark career project for Vincent, her new album ‘Music Is What I See,’ which will be released on May 28 highlighting her incomparable talent.

Listen to “What Ain’t To Be Just Might Happen” on Wide Open Country HERE.

“The Grand Ole Opry theme runs through this album. Porter Wagoner is one of the Opry themes. He wrote and recorded this song in 1972. I think it has a great beat for bluegrass and I love performing it. This song brings immediate smiles from the minute the banjo kicks it off.  Plus it’s a happy song, and perfect for this day and time,” shares Vincent.

Due to pandemic restrictions, Vincent had to bring her album to a halt, but this Bluegrass queen is coming back in full swing with the release of “What Ain’t To Be Just Might Happen” and her upcoming album. Vincent’s high-spirited energy is clearly present through her soaring vocals, blend of new tunes, and fresh arrangements of classics. Fans will not want to miss what Rhonda Vincent has in store for the coming months as she continues to release singles leading up to a stellar summer album!

Rhonda’s previous single “Like I Could” premiered on People.com (April 28) – listen HERE.

For more information and to keep up with everything Rhonda Vincent, visit her website and follow her social channels below.