NASHVILLE, Tenn. – September 10, 2019 – Rising country star Tiffany Woys is excited to premiere the official music video for her new single, “Hostage,” exclusively via Taste of Country. The emotional video, depicting the volatility of a toxic relationship, was filmed in Nashville and directed by Robert Chavers. “Hostage,” a “hard-driving breakup anthem” written by Ben Caver, Sara Haze and Sam Ellis and produced by Bobby Campbell, is now available for streaming and download on all major platforms: https://smarturl.it/TW_Hostage.

“The ‘Hostage’ video represents something so much more than just the lyrics of the song,” said Woys. “It tells a real, true and honest story of something I personally went through, and it tackles a subject that cuts so much deeper than what is, on the surface, an up-tempo anthem. This video takes a stand for women and men in toxic relationships, reminding them to put their well-being first. It represents courage – more specifically, the courage to walk away from a hostage situation. I want this video to be a reminder to those experiencing a similar situation that you can’t be responsible for someone else. If you are in a relationship with someone dealing with substance abuse, you can’t be that person’s Band Aid. Emotional abuse should never keep you hostage. I hope you all love the story we have played out for you!”

“Hostage” has been serviced to radio stations nationally, and it has been steadily gaining momentum during Tiffany’s extensive seven-week radio tour, which is still in progress. The track is the follow-up to Woys’ self-titled debut EP, also produced by Bobby Campbell. The four song project, released earlier this year, features the “fun and fiery” lead single, “Priceless,” penned by hitmakers Emily Shackelton (“Every Little Thing”), Kelly Archer (“Sleep Without You”) and Mickey Guyton (“Better Than You Left Me”). The EP also includes “Love Has No Heart,” a moving ballad written by songwriting royalty – Shane McAnally, Trevor Rosen and Sara Haze. The official music video for “Love Has No Heart” can be viewed on Vevo. The official music video for “Spark,” an uptempo anthem written by Haze, Jason Saenz, Todd Clark and Matt Bronlewee, has accumulated nearly a quarter million views after its premiere via Parade. Download and stream Tiffany Woys at http://smarturl.it/TiffanyWoys 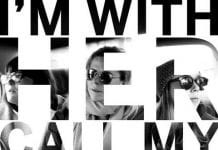