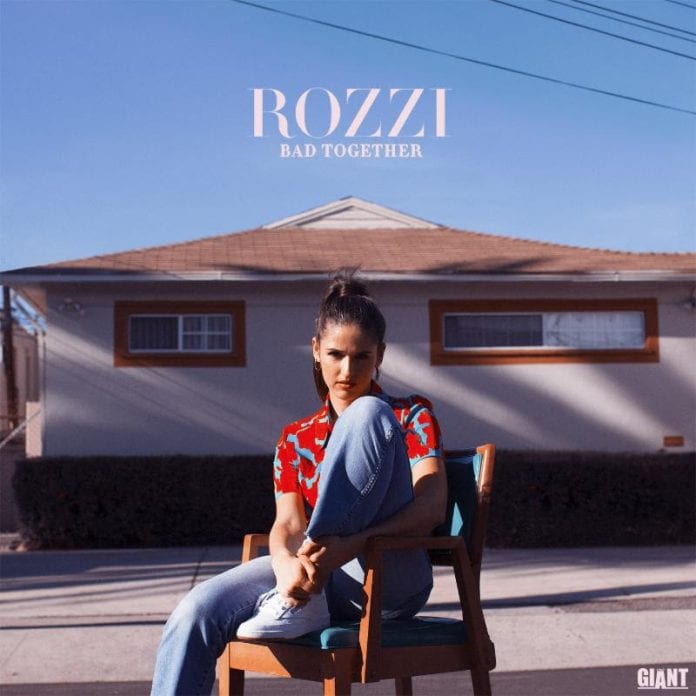 September 14, 2018 (Los Angeles, CA) – Today, songwriter Rozzi announced her debut album entitled, “Bad Together“, to be self-released late Fall 2018. She also releases a brand new single today entitled, “Joshua Tree”, which is now available on all DSPs HERE. Of her new single and forthcoming album, Rozzi says, “This is the most personal song I’ve ever written. I wrote it fresh after a break up when I was so consumed with my own feelings that I kind of forgot anyone would ever hear it. I wrote it fully aware of why my ex and I broke up, but still unable to forget the reasons we were together in the first place. It’s me trying to figure out what happened. It’s part of a story. Think of it this way: if ‘Never Over You’ is leading us to a bad break up, ‘Joshua Tree’ is the aftermath. And the rest of the story is coming as well with my album Bad Together.”

Earlier this year, Rozzi released the single, “Never Over You”, which became an instant favorite at Adult Top 40 radio in major markets and received praise from publications including Time, Yahoo! and Teen Vogue. In April, Rozzi made her late night network television debut performing the track on Jimmy Kimmel Live! Watch the performance HERE.

At 19 years old, Rozzi was discovered by Adam Levine. After hearing a song she had written, Levine created a record label and signed her as his first artist. Soon after, she was sharing the stage with Maroon 5 at some of the most famed arenas across the country and honing her live performance. In 2016, Rozzi began her quest for self-discovery. It was then that Rozzi realized that she had been so focused on success that she hadn’t been living her life. So, Rozzi started living. Most notably she fell in love for the first time and had her heart broken. She felt things she had never felt before, she found herself, and then she wrote about it.