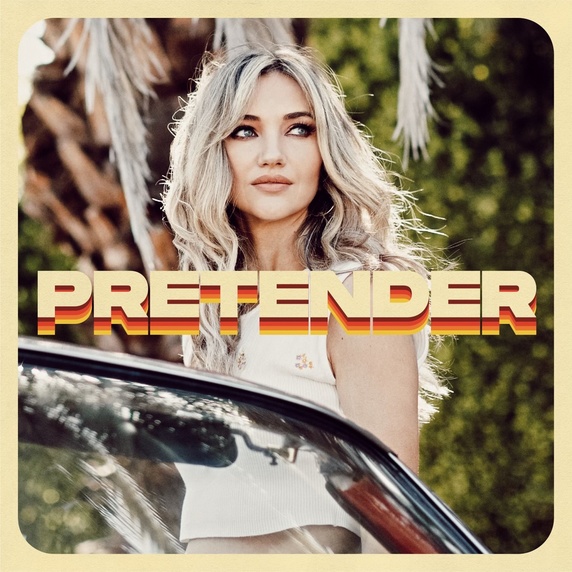 “Pretender,” was co-written by Darling, her close friend and collaborator Emily Shackelton, and Cameron Jaymes, both of whom also served as co-producers. A contemporary country ballad with a cool California vibe, “Pretender” tells the story of a lesson learned. “When I wrote this song, I was thinking of the kind of self-centred lover who keeps stringing you along. They give you just enough to keep you believing in the relationship, but really, for them, it’s more of a game. They hold the power, and they don’t care whose heart gets broken in the process. There’s a youthful idealism that slips away during this song’s recollection,” Darling offers.

“Pretender” is the latest single on Darling’s upcoming new EP. The earlier singles, “Song Still Gets Me” and “Waves,” were released on January 3 and October 22, respectively. Music videos for both prior singles appeared on the CMT Music 12-Pack Listener-Voted Countdown. “Waves” reached the #7 spot, and “Song Still Gets Me” won the #2 spot for the week of January 14. All three singles will be included on Darling’s new EP, planned for release in the Spring of 2022. The EP will be her first new collection of songs since the U.K. /Europe-focused Wonderland project, which was released in June 2019 and earned the #1 country album slot on the U.K. Official Country Charts that year. 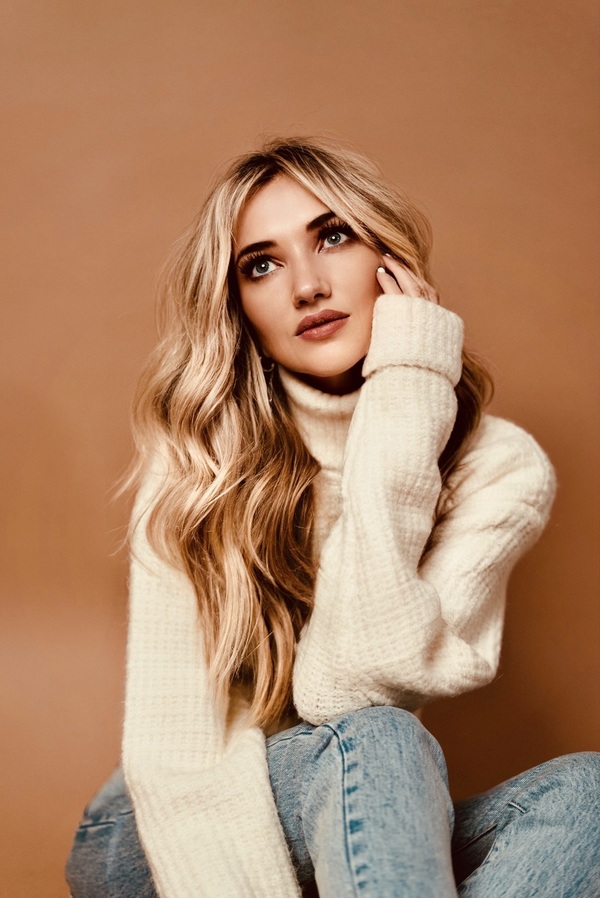 Returning to her home in Nashville from the UK at the end of 2019, Darling reasserted her country roots. Contemplating favorite ballads by women artists who had been particularly influential to her career, Darling recorded a series of classic covers in a project called The Campfire Sessions, featuring such timeless hallmarks as “Leave the Pieces,” (The Wreckers), “Cowboy Take Me Away,” (The Chicks), and “Dreams,” (Stevie Nicks). Now, as she prepares to launch a 2022 U.S. tour beginning in April, Darling looks forward to “paying it forward” and plans to introduce her audiences to several outstanding emerging female vocalists. Information regarding tour dates, venues, and guest artists will be available soon.

Darling has developed a distinct, contemporary country sound by collaborating with writers and producers in Nashville, Los Angeles, and the UK. She has been attracting ever-larger audiences to her pure vocals and unique brand of country music that speaks to the universality of experiences of the heart. Her international fan base responds to her “sophisticated songwriting and crisp, powerful voice” (The New York Times). At home, Darling has been tagged ‘Nashville’s Darling’ by Music City’s Convention and Visitors Bureau.

In support of the recent music releases, Darling sets to embark on the Coastin’ Tour across the US. “I’ve never been more excited to be touring the US again, and with this new music! “Sarah comments. “I can’t think of a better way to share the new music than to bring it directly to those who have supported me from Coast to Coast.”. More dates will be added to the tour, including stops in the United Kingdom. 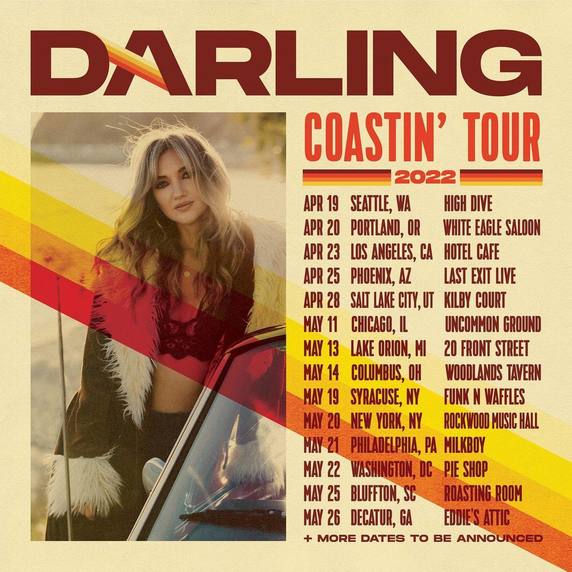