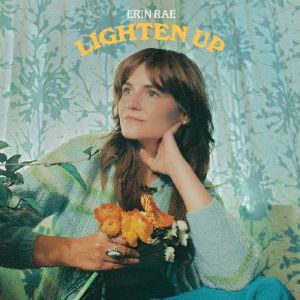 Feb 4 2022 – Today, cosmic country singer-songwriter Erin Rae released her second full-length album, Lighten Up, via Thirty Tigers/Good Memory. Rae will open for Watchhouse on tour this spring in the US, full tour dates below include Philadelphia, New York City, Boston and more.

Rolling Stone Magazine proclaimed it her “most adventurous LP to date.” Under The Radar, stated her “cinematic strings swell and sigh as if they belong in an early Disney movie.” Jewly Hight of WNXP stated, “The ripples on the surface of Rae’s new compositions draw our attention toward inquiries deep beneath the surface, and her silvery vocals undulate across a pastoral, western expanse of guitar, piano and symphonic waves of steel and strings.” NPR Music included the album in their All Songs Considered podcast and stated, “This project is so cohesive, the vocals really shine and the arrangements are so beautiful, intricate and lush that they propel everything upwards,” adding Erin’s “voice floats me up to the clouds and I’m happy to be there with her.”

Morby collaborative single “Can’t See Stars” is a breezy countrypolitan bop that sees Rae and Morby resurrecting a classic vocal duet style that has not been heard since Sinatra and Hazelwood.

The track was debuted by Consequence who stated Erin’s music is “an amalgam of dreamy, psychedelic country, indie-rock, and believably vintage folk.” Their Mystery Train inspired video was released today, check it out here.

Kevin Morby stated, “Erin played me the song a time or two and we came up with a vocal part on the spot and gave it a whirl. I’m so honored to share some sonic space with Erin as I consider her one of the greats. “

Erin Rae added, “In my songs, sometimes, I love to draw parallels between my inner & outer worlds. Can’t See Stars is one of those explorations, where I’m finding the similarities between light pollution making it harder to see literal stars, and a constant intake of social media that can cloud my own connection to myself, my intuition or internal “North Star” She continued, “When we recorded it, I had referenced Don Williams, “If Hollywood Don’t Need You”, and what came out was a whimsical country feel, of course leaning more into Nancy & Lee territory when Kevin added his vocal, and I immediately imagined line dancing in a kaleidoscope.. “ 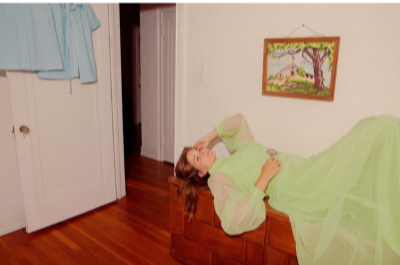 5. California Belongs To You