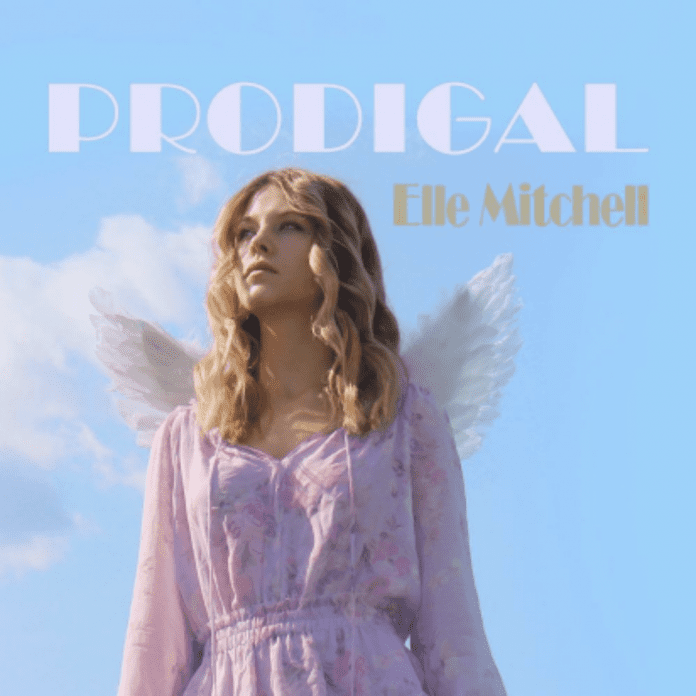 “Prodigal” is a modern take on two historical narratives: the biblical parable of the prodigal son and the ancient Greek myth of Icarus and Daedalus. The song encapsulates the dual nature of teenage escapism: the idealistic fantasy and the consequences of the recklessness and rebellion of youth.” – Elle Mitchell

“Prodigal” is a piece that dives headfirst into the coming-of-age experience and the desire for freedom and autonomy that emerges in later adolescence. This theme is expressed through lyrics such as “We’ll soar on wings from Daedalus, young and born to run, but Icarus falls quietly–wings melted by the sun.” As the narrator engages with this tumultuous period of her life, her competing impulses and desires are visualized in the song through the symbolic presence of a fire that eventually materializes when disaster strikes. Lastly, “Prodigal” highlights the importance of home and family and the unconditional love that it ultimately provides.

Elle Mitchell is a seventeen-year-old singer-songwriter based in Washington, D.C. At the young age of eleven, Elle began developing her songwriting abilities as a way to convey authentic and vulnerable messages to her emerging audience. During the Summer of 2020, she attended New York University’s prestigious songwriting program, where she collaborated with like-minded artists and composers to hone her artistic passion. There, she uncovered a deeper sense of appreciation for the songwriting process. Elle Mitchell is planning to release more music consistently throughout 2022.