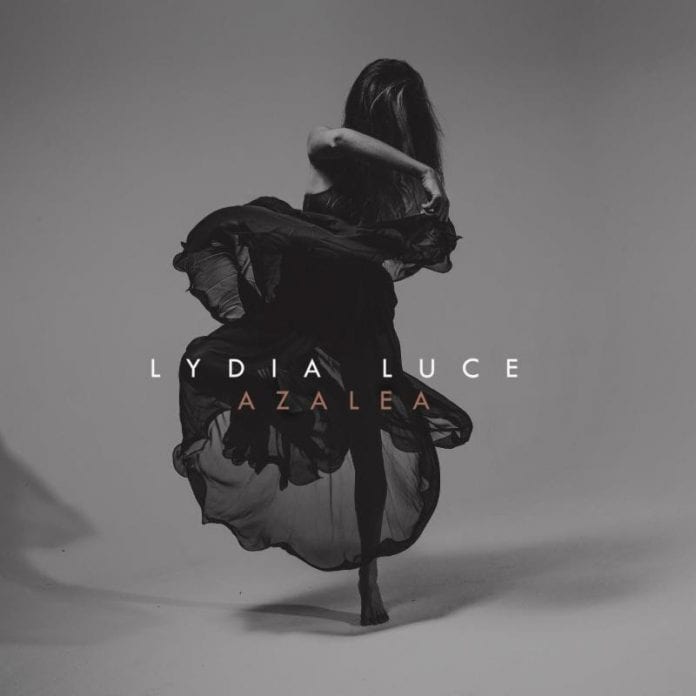 NASHVILLE, Tenn., — September 21, 2018 — Lydia Luce was born into a musical family, her mother, a gifted organ and piano player, and her brother, a cellist. Luce’s first instrument was viola, and by age 13 she was performing in her mother’s orchestra. Today she’s releasing her debut full-length album Azalea, combining her classical training with Americana and folk influences for a collection that feels organic and comfortable in a way that only lifelong talent can create.

Luce worked with Jordan Lehning and Skylar Wilson on Azalea, which she wrote after she moved from Los Angeles to Nashville. The album offers 10 tracks that span everything from working through loss and heartbreak to finding growth in letting go and the peace that comes from solitude found in nature. Luce adds, “There are several songs on the record that are about solitutde. I needed to start learning how to be alone with myself so that I could be better for my humans. Being alone in nature has become sacred for me. The song Strawberry Moon goes the deepest into this idea. There is a line in the song that says ‘As the night rushes into me, I’m letting go of what I do not need, that lonely feeling, the one I can not breath in. I’ll throw it into the sea and let it wash away.’”

“Helen” is a love song; an imaginative extension of Harry R. Truman’s story, the eccentric and infamous keeper of the Mt. St. Helens Lodge who refused to leave when the volcano erupted in 1980. “She manages to create a depiction of love that’s all-consuming. A love that forms the very essence of who you are and that you would be lost without,” Atwood Magazine said about the track. Luce grew up in South Florida where her mother conducted her own symphony orchestra. For Luce, her instrument of choice was viola; later adding guitar for writing purposes. She studied at Berklee College of Music in Boston, Mass., and earned a master’s degree in viola performance from University of California Los Angeles (UCLA). Yet even with her classical training, Luce’s music remains accessible. On “Sausalito,” PopMatters writes that the tune is “carefully composed without the sort of pomp that we some may have come to expect from classically-trained performers from musical families. Luce forgoes the usual pageantry for something organic and unique that comes from the heart.” A quintessential tale of loss, “Like You Do” features Luce’s voice lilting above all the reasons to not forget someone. Wide Open Country premiered the track, saying, “The blend of cuttingly honest lyrics, a stunning string section and viola, which Luce herself has played since she was a young child, creates an atmosphere of dizzying contemplation.” Title track “Azalea” premiered with American Songwriter, adding a gritty guitar to the collection and a look at human interactions and ways they can be complicated.

With this compilation of songs born from a collaboration in Nashville, TN, Luce was able to combine what she knew about instrumentation with the fruits of new self-discoveries. Luce says, “Playing strings has been a huge part of my life. On this album, I got to record viola and guitar on my tunes with people that I truly admire. I’m very proud of what we’ve created.”