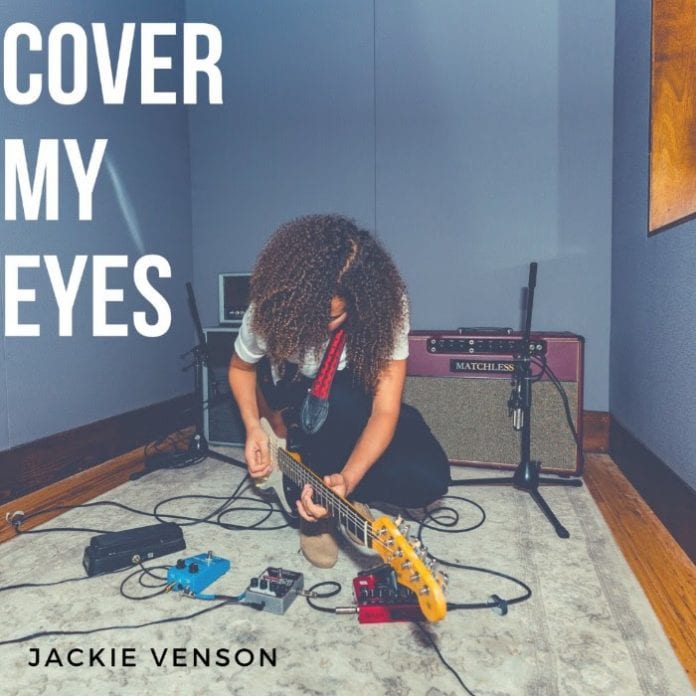 Austin-born, soul/pop guitarist/vocalist, Jackie Venson,  announces the release of her new track, “Cover My Eyes,” follow up to her EP Transcends (9/30/17), hot off an revered performance at Austin City Limits on October 6. Listen to “Cover My Eyes” HERE. View her tour dates HERE.

Jackie was hand-picked by NPR as a “Tiny Desk Entries We Love.”  She also received the honor of being incorporated in a mural celebrating Black History Month, painted on the East Side of Austin. Check out the mural HERE.

The album debuted on Relix Magazine and grabbed the attention of  Gary Clark Jr., who she toured with throughout 2017. Produced by Michael Ramos (John Mellencamp, Los Lonely Boys, Paul Simon) and mixed by Boo Mitchell (John Mayer, Mark Ronson, Mississippi All Stars), Transcends garnered Venson a nomination as “artist of the year” for the Austin Music Awards, and guest guitarist spot on The Late Show with Stephen Colbert.