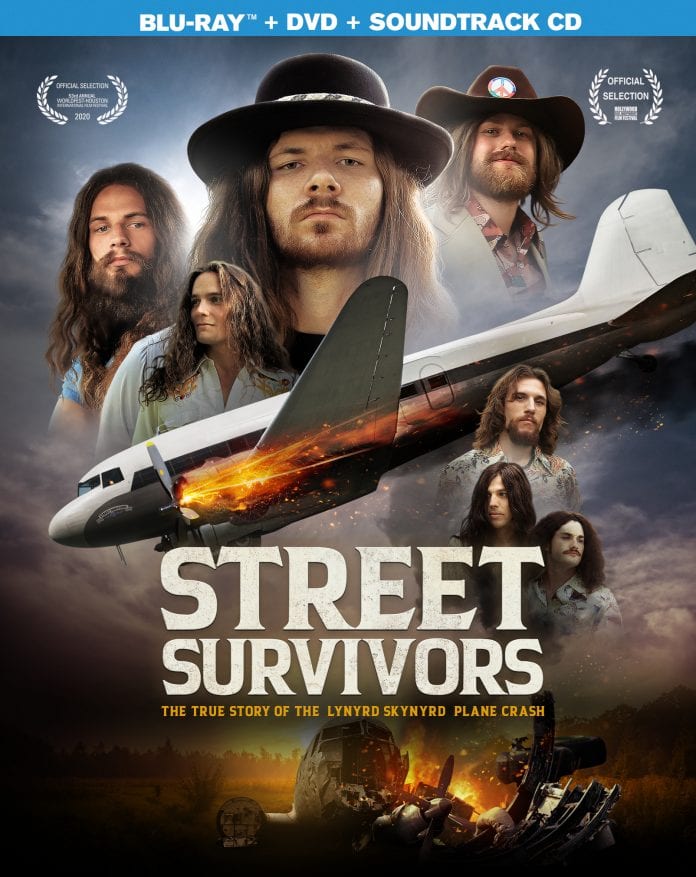 STREET SURVIVORS: The True Story Of The Lynyrd Skynyrd Plane Crash was scripted and directed by Jared Cohn (Devil’s Revenge, Devil’s Domain), produced by Brian Perera and co-produced by Tim Yasui for Cleopatra Entertainment. The biopic recreates the story about the ill-fated flight through the eyes of former Lynyrd Skynyrd drummer Artimus Pyle (who narrates the film), who not only survived the plane crash that claimed the life of the band’s founder and frontman Ronnie Van Zant amongst others, but who also physically pulled the remaining survivors out of the plane wreckage before staggering towards the nearest farmhouse in rural Louisiana to seek help. Pyle also contributes original music to the film’s soundtrack.

Says Pyle: “This film’s story – MY story – is not just about the plane crash but also about my personal relationship with the genius that was Ronnie Van Zant – whom I loved like a brother and still miss to this day.”

Cleopatra Entertainment completed an international festival run followed by a domestic theatrical run, which included personal appearances by Artimus Pyle, who introduced the film and participated in Q&As with the audience. Pyle also performed a live music concert with this band that featured the hit songs by Lynyrd Skynyrd. A worldwide VOD and home video release which will include a stand-alone official soundtrack CD are coming June 30th via MVD Entertainment Group.