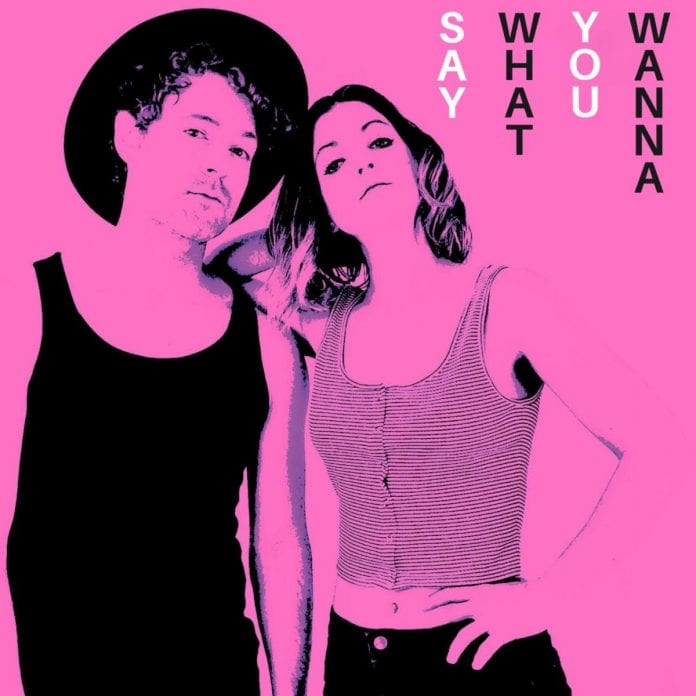 August 29, 2019 – Nashville, TN – Today, genre-defying, guitar-slinging duo Sarah Zimmermann and Justin Davis, better known as Striking Matches, are excited to release the second single, “Say What You Wanna,” off their forthcoming EP, Noon. The band describes the track as a loud & gritty fight song, “‘Say What You Wanna’ is about not giving a damn about what anyone says about you, and about showing the world that you have a place here, just like everybody else… If you feel constantly muted, or put down, or you get made to feel like you’re not enough…like we say in the song, be a comeback kid…always get back in the ring,” says the duo. Produced by Casey Pierce, you can find the video for “Say What You Wanna” here. Last month, the duo announced their upcoming EP Noon releasing November 15th. Noon will be the second EP out this year, with the third Night releasing early 2020. The first EP Morning released back in May and you can stream it here.

The band has found their music featured on hit TV shows such as Lucifer, Grey’s Anatomy, iZombie, Father of the Year, American Idol, and most notably, ABC’s Nashville, where a total of nine songs were highlighted across the show’s four seasons. Zimmermann and Davis don’t take the variety of their success lightly saying, “We get to do so much, and that’s one of our favorite parts about who we are as a band.” The future is bright for the duo and they’re not looking to slow down anytime soon. The band is currently on tour in North America with plans to expand their fanbase internationally with stops in Germany, the Netherlands, and the UK.