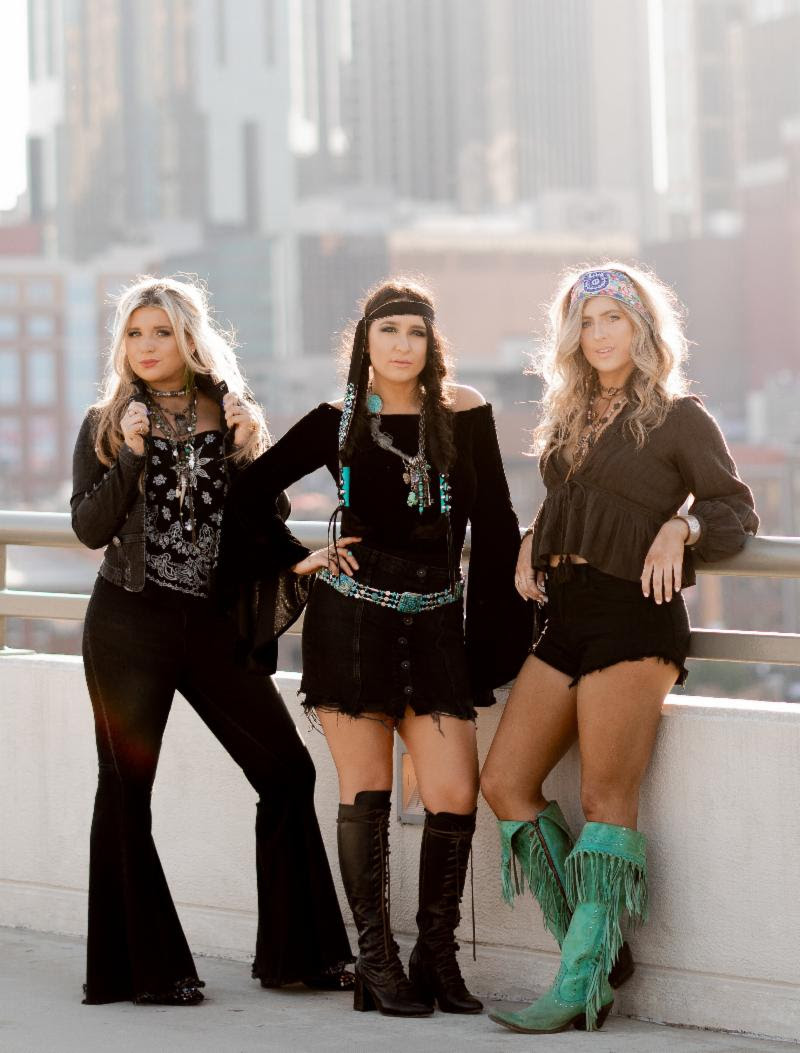 Fans packed the Maui Jim, Broadway Stage at the Hardrock Cafe and lined up down the street to meet and greet these three talented ladies. The trio also filled the house and delighted the audience for a two-hour show at Alley Taps in Printer’s Alley, Sat. evening.

The Alabama natives are swiftly making a name in the music industry and a triple threat as singers, songwriters, and musicians. In the past year, they have opened for Kid Rock (Robert Ritchie) in10 sold-out arena shows, including the Bridgestone Arena, on Kid Rock’s American Rock-n-Roll Tour. The trio has also recently opened for legendary group, Alabama, and rocker, Bon Jovi.

“These young ladies are some of the most talented, kind hearted and hard working singers and players I have ever met,” remarks Ritchie. “They are already becoming fast scholars of the road and writing songs. In my opinion, they pick up where the Dixie Chicks and Pistol Annies meet. They are 100% country and I look forward to sharing my 30 years in this business to get them an honest shot at the big time.“

This year the trio signed an exclusive management deal with Kid Rock and Vector Management founder, Ken Levitan. The co-venture marks a first for the industry veterans, who worked together early in Kid Rock’s career.

Ritchie discovered the girls after they posted a video performing one of their original songs on YouTube. Richie then invited them to perform on his eighth annual Chillin The Most Cruise last year, where his fans fell in love with the group.

The trio’s song, Rebel Romance, was recently number one for five weeks in a row on a nationally syndicated new country chart countdown and rising on other country stations. They continue to tour nationwide bringing their new music to fans all over.

Get connected to Sweet Tea Trio: