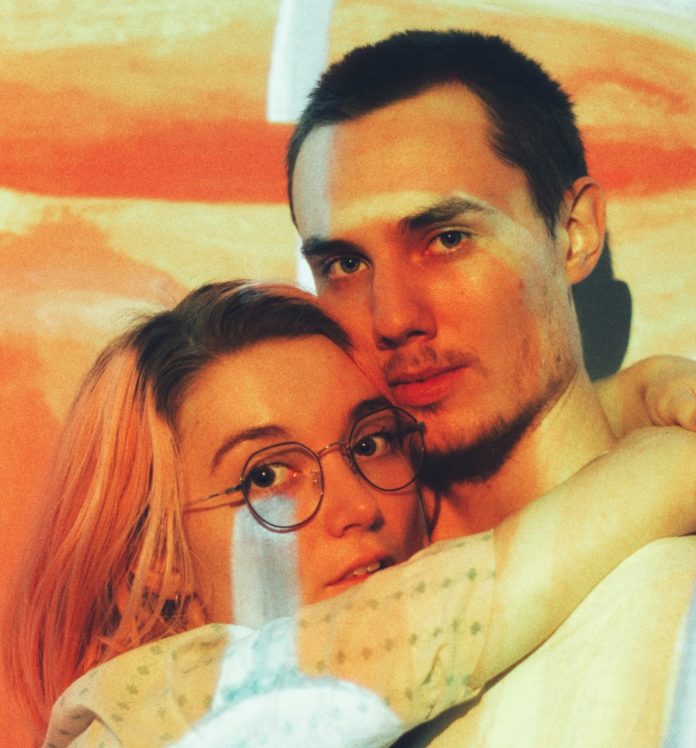 August 24, 2021 • ATLANTA, GEORGIA—Atlanta-based duo Swellshark announces its return with the release of its sophomore album “All of My Almost.” The forthcoming record is a follow-up to their 2017 debut “In the Beginning” and will be released on October 1, 2021.

The first single from the album, “Memory Folds” will be released September 3, 2021 on the online music community Bandcamp, in addition to all major streaming platforms.

Swellshark is comprised of Henry Kellam and Shélan O’Keefe, and they describe themselves as “an electric ukulele-shredding, beatbox-looping, and occasionally harmonica-wielding band.” According to YabYum Music & Arts, Swellshark “fuse[s] together a buoyant indie-folk sound with pensive lyrics that seek to root out all those insecurities you sought to subjugate.”

For their second self-released album, Kellam and O’Keefe are joined by guest artists Sug Daniels, Anni Rossi, and HollywoodRoze (½ of the duo Shilla). The album was recorded at home in Atlanta during the pandemic.

“All of My Almost” is a collection of songs Swellshark wrote and recorded over the past five years that were never released. “Some began as phone notes and simple demo ideas, while others are more heavily produced tracks,” Kellam says.

“It’s a sonic collage of life experiences, different physical places in which the songs were created, and experiments in recording equipment and style,” O’Keefe says. “It is both a slow culmination of our musical ideas yet to be shared, and an expedient, vulnerable sketch of who we are and who we used to be.”