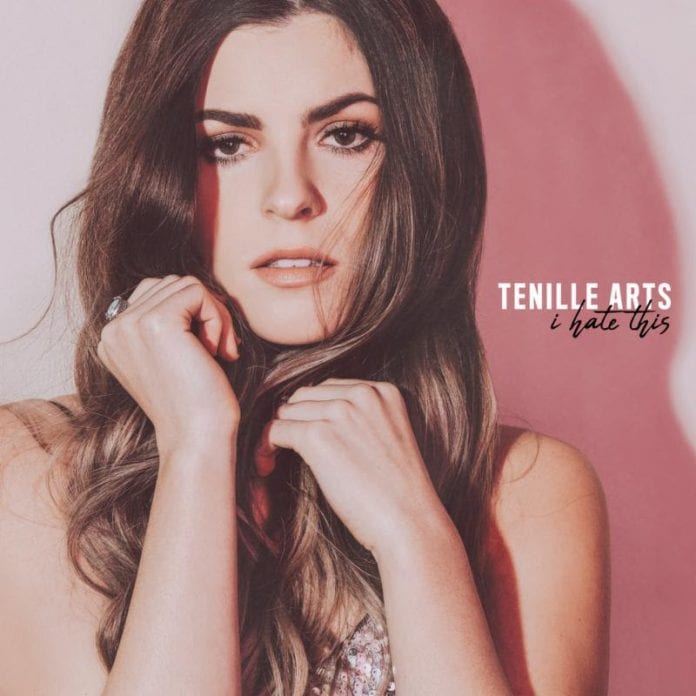 (Nashville, Tennessee…) – August 6, 2018 – Dreams are coming true at a rapid pace for Reviver Records artist Tenille Arts, and another is about to happen when she opens for Reba McEntire at her sold-out show at Mystic Lake Casino Hotel in Prior Lake, MN this Saturday, August 11, 2018.

“Feeling #FANCY!” Tenille posted on her social media. “I can’t even believe I’m saying this right now… but Reba McEntire asked me to open for her!”

Tenille’s debut Reviver single, “I Hate This,” is out now, and noted Music Row critic Robert K. Oermann has already taken notice. “The shuffled-brush drumming and dobro embellishments are way cool,” he wrote in a recent DISClaimer column. “She harmonizes with herself throughout the performance, and since she’s such a strong singer, that’s double the pleasure. The lyric is about taking a break in a relationship and not enjoying that one little bit. A terrific debut disc.”

She co-wrote “I Hate This” with Adam Wheeler who produced the track with Matt Rovey. Tenille will head to Hamilton, Ontario for the CCMA Awards next month, where she is nominated for “Interactive Artist of the Year.”

The 23-year-old behind all of this recent attention is quietly confident country music lover raised in the small prairie town of Weyburn, Saskatchewan. She picked up the guitar and penned her first song at the age of 13 and has been performing across the US and Canada ever since. She made the move to Nashville three years ago, and a songwriting session brought her to the attention of award-winning producer Matt Rovey (Craig Campbell, Dean Brody), songwriter/producer Adam Wheeler and Noble Vision head Hal Oven.

The “Cold Feet” single so moved noted music critic Tom Roland that he penned a rare full-page feature about the recording in the Billboard Country Update. Music Row Magazine critic Robert K. Oermann called Tenille “Promising in the extreme.” Streaming giant Pandora named her one of their new artists to watch for 2017, saying, “with songwriting inspired by Don Henley and reminiscent of early Taylor Swift, and vocals the size of her native Canada, Arts’ future is bright.” Popular country website whiskeyriff.com labeled Tenille a “new country artist name you need to know immediately,” and PopCulture.com named her one of their “Country Artists to Watch in 2018.”