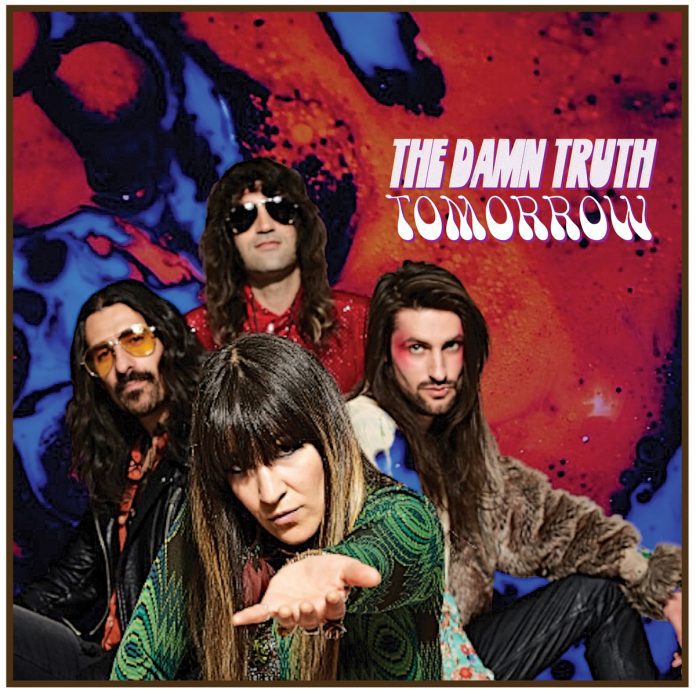 The Damn Truth – the critically acclaimed Montreal-based four-piece rock band, have announced they will release “Tomorrow” – an energetic, empowering, adrenalin-pumping, anthemic single on Friday September 17th. The single is accompanied with a spectacular, cutting-edge music video directed by Ariel Levesque and Ben Gelfand at I/O Studio in Montreal.

The video is a visual journey through the 60s, 70s, and 90s musical eras; all of which are major influences on the band. The music video will be premiered on YouTube on the same day the new single is released, Friday September 17th.

The single follows hot on the heels of the band’s previous single “This Is Who We Are Now” that attracted heavy airplay on UK radio including Planet Rock. The single and album are available from www.Linktr.ee/thedamntruth.

“Working with the I/O team on the filming of this video was once again a mind-altering experience, says The Damn Truth’s lead singer and guitarist Lee-La Baum. “This time around, instead of turning us into Cirque de Soleil acrobats, we time travelled to some of our favourite musical eras. And what a trip it was!”

Yes, the guys really did shave off their facial hair for the 60s sequence! They had to wait till all the other filming sequences were shot before they shaved for the black and white retro scenes, which they clearly really enjoyed having fun with, especially TDT’s drummer Dave Traina.

“With a reputation like ours; cleaning up was a challenge,” reflects Dave. “My upper lip hadn’t seen the light of day in over a decade.”

Bassist PY Letellier, as always, had the most fun, on and off set, “I really enjoyed drinking cold gin throughout the 60s, 70s and 90s!!”

There is no mistaking the arena-rock guitar that introduces the sing-along chorus of “Tomorrow” It’s the underlying sentiment that a lot of people are feeling globally right now.

“I made a conscious effort to forget the past, and said, ‘F*** you’ to the future and focus on now,” says TDT’s lead guitarist, Tom Shemer.

The Damn Truth embark on a 13-date UK tour kicking off at the York Grand Opera House on February 10th and finishing at Southampton 1865 on February 25th.

Tickets are available from www.thegigcartel.com/Artists-profiles/The-Damn-Truth.htm.

The tour follows the May 7th release of band’s third studio album “Now or Nowhere” released by Spectra Musique/Sony Music. The album is available from www.thedamntruth.com.

The first single from the album, “This Is Who We Are Now,” took flight in the UK with 12 weeks of airplay on Planet Rock and a spot play on BBC Radio 2’s Rock Show with Johnnie Walker.  The single also won Classic Rock’s Tracks of the Week an unprecedented two times.

“We’re looking forward to touring the UK,” says lead singer and guitarist, Lee-la Baum. “Last time we played the UK was a one-night banger in London that left us wanting for more. We cannot wait to come back and hit the road in the UK.” 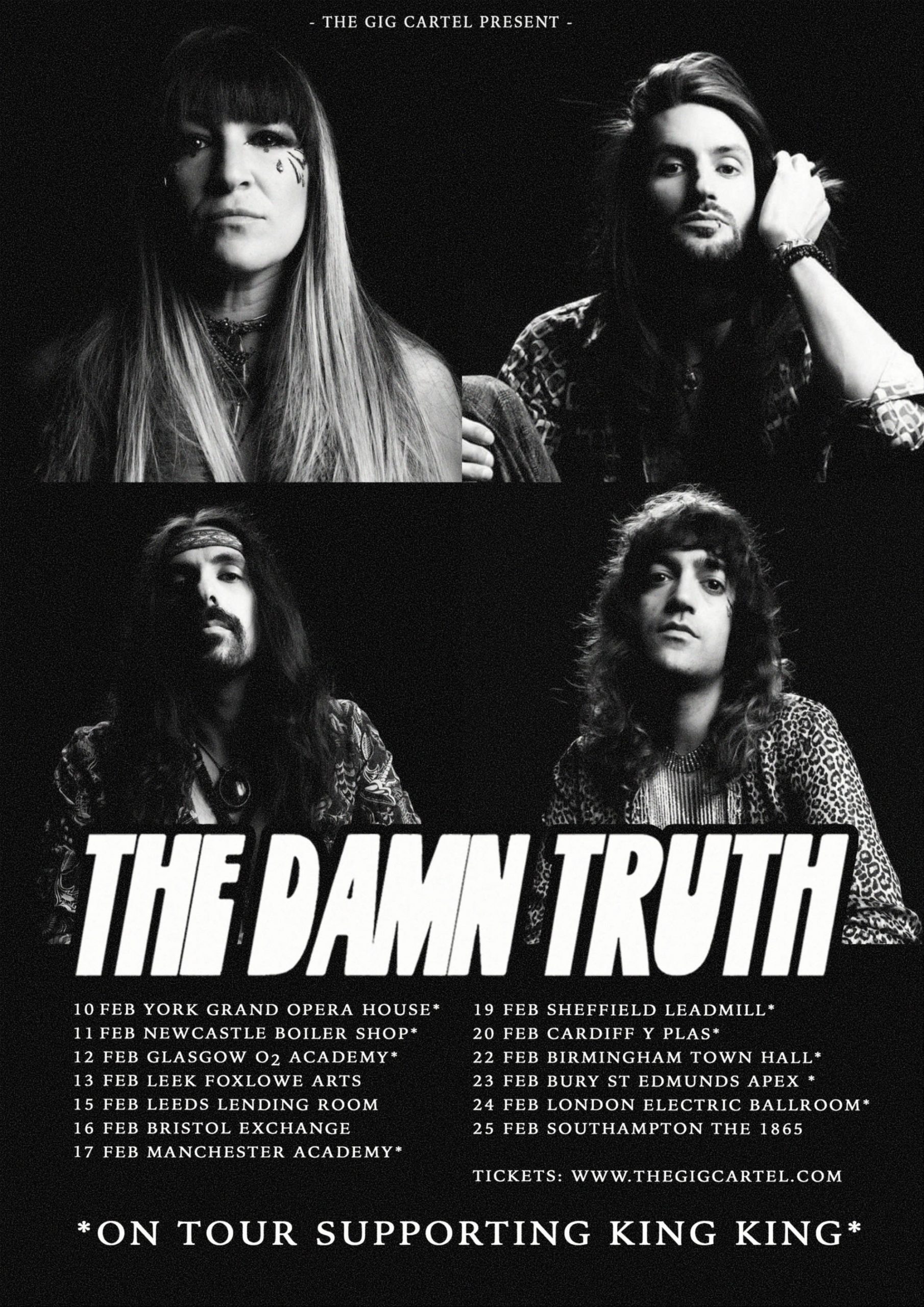