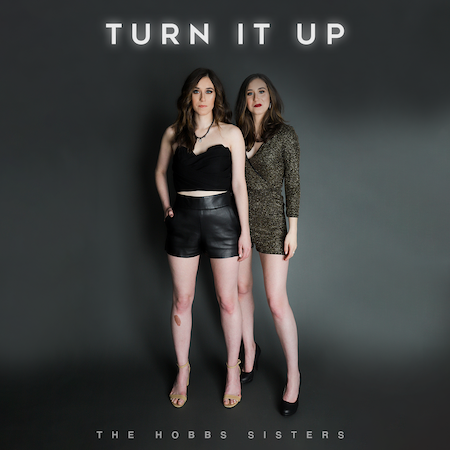 NASHVILLE, Tenn. (June 25, 2021) – The Hobbs Sisters drop their new single, “Turn it Up” today and announce their debut album, Turn It Up. This carefree, summer song is the perfect preface to their album that will be released July 23. This single will become available to those who preorder the upcoming album. With this release being the title track off the new album, it showcases who The Hobbs Sisters are through the upbeat melody combined with their seamless harmonies. Listen to “Turn it Up” here!

“We wrote ‘Turn It Up’ because we wanted to capture the energy of a live show. As the title track of the album, it not only describes the magic of a live concert but also invites the listener to come and enjoy the ride with us. We are so excited to share this song with everyone!” says the sisters.

“Turn It Up” follows their previous singles “Starting Fires” and “What If It Was” which were featured in The Boot, Sounds Like Nashville and American Songwriter praising their vocal harmonies. Originally from Pittsburgh, this duo is no stranger to the country music scene, previously opening up for popular artists such as Lady A and Brett Eldredge.

The sisters are sure to elevate your summer playlist with this new collection of songs. From falling in love to breakups and tailgates, this album is as relatable as it gets.