Home News Gear News The Official and Ultimate Source for Everything You Need to Know about...

New York, New York (September 29, 2021) – The all-new Les-Paul.com website has officially launched and is the most comprehensive and interactive source for information and entertainment relating to the legendary Les Paul. The acclaimed inventor and musician is known for numerous inventions and innovations that changed the way musicians play music, engineers record music and the way fans hear music. Les was a pioneer and is arguably the most important individual in the history of the modern music industry. The exciting new website is divided into five sections: The Inventor, The Musician, The Foundation, Education and Music. Visitors will enjoy hours of amazing videos and other content in which to explore the life and career of the man who is revered by musicians worldwide in every genre of music. The site’s new homepage opens with a slide show edited to Les’ own music and features highlights of his extraordinary life.

In the Inventor section, guests can spend time exploring the Solid-Body Electric Guitar, Sound on Sound, Multi-Track Recording, Home Studios and Recording Innovations. Vintage videos showcase Les explaining his inventions from his home studio or on national television shows. He is joined by Mary Ford on several programs and an extensive photo gallery presents each invention in a unique and engaging format. The site also features interviews with numerous celebrities, musical artists, executives and sound engineers and if one looks closely you may even catch a glimpse of original Les Paul schematics on the background of the web pages. 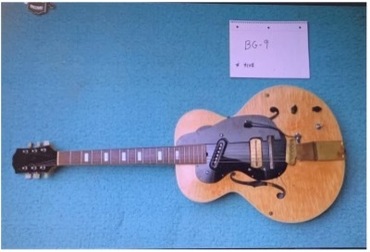 The INVENTOR section features additional Les Paul videos and includes “The Solid Body Electric Guitar is Born,” “Broomstick with Pick Ups On It,” a CNN segment, “The Les Paulverizer” featuring Les Paul and Jose Feliciano on Dick Clark’s live show, “The Log” educational video and other outstanding segments about Sound on Sound, The First Tape Machine, The Lathe and the 8-Track Recorder, The Les Paul Studio Tour, “The Thomas Edison of Recording,” and original videos of Les Paul accepting The Inventors Hall of Fame award and many more.  Never before has such an extensive collection of such rare or rarely-seen videos, rare or rarely-viewed been available on one dedicated website.

The MUSICIAN section celebrates Les’ impact on countless artists from Sir Paul McCartney to Slash. It speaks to his status as a music legend whose virtuosic playing extended across all genres including jazz, country, R&B and Rock. His early relationships with such icons as Bing Crosby, Chet Akins and Tony Bennett can be seen in extraordinary photos and performance videos. This section also includes a chronicle of his life with Mary Ford and hits such as “How High the Moon” and “Vaya Con Dios” – to name just a few.

Also in the Musician section guests will get a birds-eye view of Les Paul’s personal guitar collection featuring detailed descriptions of each guitar and accompanying photographs. It is definitely a guitar enthusiast’s dream site! It includes a timeline of Les Paul’s illustrious, almost century-long career, his awards including nostalgic videos of his acceptance speeches and a video treasure trove featuring many of Les’ celebrity friends and appearances at Fat Tuesdays and The Iridium Jazz Club in New York. New videos will be added regularly so guests can continue to enjoy performances as if they had a front row seat at these legendary clubs. The Rolling Stones Keith Richards, ZZ Top’s Billy Gibbons, Joan Jett, Jeff Beck, Steve Miller, Merle Haggard and Stanley Jordan are only some of the performances now appearing on Les-Paul.com

The FOUNDATION section provides information about the Les Paul Foundation which Les created. The Foundation inspires innovative and creative thinking by sharing the legacy of Les Paul through support of music education, recording, innovation and medical research related to hearing. A full list of grantees and a section detailing the process for applying for a grant from the Foundation is available in this section. Les Paul exhibits at museums across the United States are highlighted providing details on where one can visit to learn more and see actual Les Paul artifacts. This section serves as a virtual travelogue of sorts for Les Paul exclusive exhibits at some of the country’s most popular museums.

The EDUCATION section offers diverse resources for classroom or individual use and is divided into Elementary, Secondary and Collegiate sections. Study units developed through the collaboration of the Les Paul Foundation, the Wisconsin School Music Association and the Wisconsin Department of Public Instruction are included. Everyone can download free posters in this section.

Educators or individuals can click on the “Essential Question” lesson number of their choice and explore Les Paul. Materials in the Education section are focused on various levels of instruction and may be done independently of each other. Teacher scripts are available with each lesson and additional links for articles, materials and videos are embedded in each lesson. Workbooks can be downloaded offering exciting new educational resources for the classroom. The Education section provides educators and students one of the most complete educational resources for Les Paul.

The MUSIC section is an extensive area devoted to a Les Paul Discography, which is, in fact, the most inclusive ever presented online. We all know that Les Paul was a musician’s musician and nowhere else online can one explore such a robust listing of Les Paul’s music. His musical output included over 33 Top 20 recordings spanning multiple genres from country and pop to jazz and R&B. Fans can download his music directly and experience the greatness of his and Mary Ford’s ingenuity all in one place. One can spend hours listening to songs such as “Hawaiian Paradise” (1949), “Bye Bye Blues” (1952), “The Hit Makers (1953), “The Les Paul Trio” (1978), “Hits of Les and Mary” (1960), “Vaya Con Dios” (1953) and many more. Visitors can also see original album covers and listen to some of his hits by clicking next to the album image. It’s a one-stop, curated look at Les’ music dedicated to the sounds of Les Paul and his musical legacy. This section makes it easy to download any of the available songs or to stream on visitor’s favorite streaming platforms and with many updates being added in the following months. 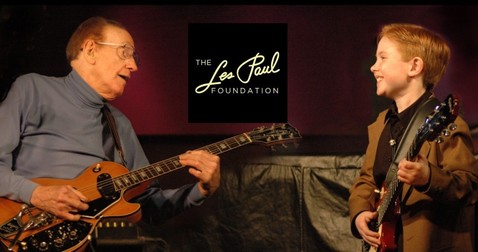 “Les Paul was one of the most important individuals of our time and gave the music industry the inventions to innovate and create music in new ways. No one can dispute his influence on modern music.  We wanted to make sure that the new les-paul.com sitenot only celebrates his life and career but provides a wealth of information and interactivity for website guests. The content on the new site is not only exclusive and in some cases rare, but is a collection of the most extensive resources available in one place. We will continue to add exciting new content and hope that as visitors explore all of the areas under each section, they enjoy and learn about Les Paul.  Click on les-paul.com and have some fun. We hope you find a surprising amount of reasons to return again and again. We are pretty sure you will. – Michael Braunstein, Executive Director, Les Paul Foundation

Other highlights of the new website include a chance to be the first to read about the latest announcements, news and events, a Les Paul webstore featuring a brand new array of new signature merchandise including new t-shirts, baseball cap, hoodies, sweatshirts and the popular Les Paul in His Own Words book, and an easy way for fans to follow via Facebook, Twitter or Instagram. The Les Paul YouTube Channel will feature a vast array of videos and create special opportunities to see interviews and performances with celebrity friends.  New contests and special holiday promotions will be announced and an area where fans can sign up to receive the exclusive “Les Paul Insider” Newsletter full of exclusive news and updates make it easy for anyone to stay up to date on the latest Les Paul events. 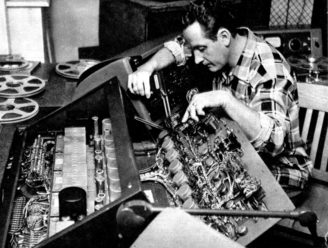 To experience Les Paul in a way that’s never been offered before click on www.les-paul.com 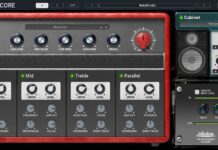