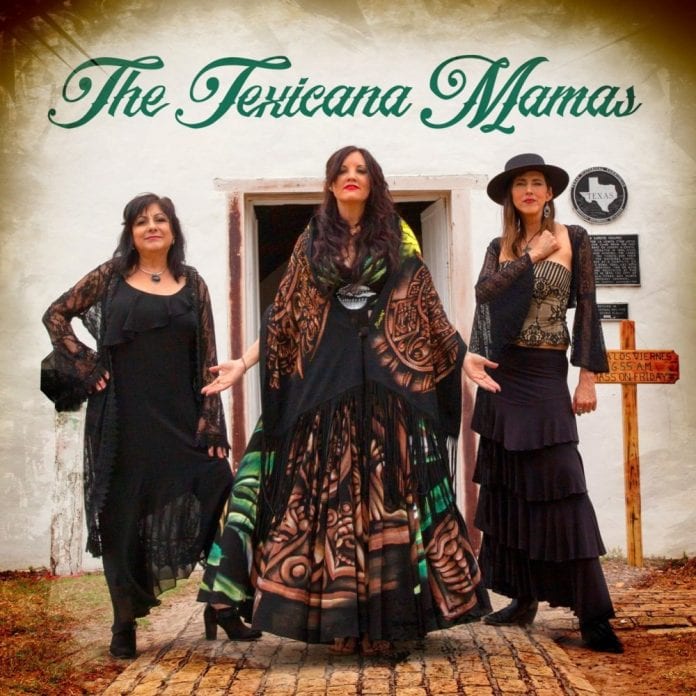 The spirited album, The Texicana Mamas, includes songs of love and desperation. Songs of borders and walls and the yearning for a new life. Songs of family and celebration. Songs of sisterhood. Songs that take the best elements of two musical cultures in order to forge a vibrant bilingual fusion of Tex-Mex songs and stories.

Many songs on the album were written by Hinojosa, Vonne and Urbina Jones. These original compositions blend seamlessly with covers “Lo Siento Mi Vida,” originally written and recorded by Linda Ronstadt, and Los Lobos‘ “Canción del Mariachi,” which was featured prominently in the 1995 film Desperado.

Additionally, today sees the release of the group’s latest video, “Amigas de Corazon (Girlfriends of the Heart).” The rousing song celebrates the most valued of friendships—girlfriends. “The Texicana Mamas wanted to celebrate every woman’s greatest treasure in life, our amigas de corazon (friends of the heart),” Urbina Jones comments. “This song is a fun, south-of-the-border polka, and we chose to sprinkle in well-known images and icons from our heritage as we laugh and sing along.”

a telenovela of love

I lost my novio

I need some help from above

“And no prayer could be complete without a plea to the Virgen Guadalupe,” Urbina Jones continues.

My amigas and all of my tias to make everything fine

Hinojosa adds, “We really enjoyed playfully harmonizing above the legendary San Antonio sound of Flaco’s accordion and Max’s rhythmic bajo sexto. In good times and bad, “Amigas De Corazon” reminds us that friendship is for always.”

Throughout The Texicana Mamas, the music borrows from both sides of the border, mixing Americana influences with traditional South Texas/Mexican genres, including corridos, conjunto, norteño, mariachi, and ranchera.

While some of the songs celebrate friendship and familia, like “Abundancia” (Abundance), others commemorate struggle, including “American Dream” (“Sueño Americano”), which illuminates the migrant’s journey toward a better life; “Esperanza” (“Hope”) chronicles a mother and daughter’s arduous path to cross to the Rio Grande; while “Amor Sin Fronteras” (“Love Without Borders”) illustrates the delicate give-and-take between immigrant and undocumented workers, and their employers.

Clearly, The Texicana Mamas are greater than the sum of their parts. But so is the bicultural, groove-laden, genre-compounding, powerfully individual, and collectively joyful music that gets made when these three Texas women take the stage.