Texas-and-Italy-based singer-songwriter Vanessa Peters is set to release a new album, Modern Age, on April 23, 2021 via Idol Records. “Making this record over the last year was an exercise in patience and tenacity; the pandemic seemed to thwart us at every turn,” says Peters. “Every plan turned into a plan B, but strangely, I think it’s a better record for the adversity we went through to get it made.  This was the year of working with what was in front of us, of embracing our limitations and turning them into strengths. I’m so proud of the album we created during such a tough and dark time.”

It’s easy to casually lump Peters into a generic Americana category; in reality, her albums have actually run the gamut from indie-pop to alt-country to experimental folk to ’70s-era throwback singer/songwriter rock. With Modern Age, her second release for Idol Records, she has built a modern/classic rock album that reveals a steely defiance. In the midst of a truly dark year, she and the band have made an album that is simultaneously powerful but playful; intense yet sensitive; both angry and hopeful. In Modern Age, we find Peters once again writing and delivering songs of exceptional lyrical and musical power, further cementing her reputation among the new generation of American songwriters.

In late February 2020, Peters was in Italy, getting ready to go on a European tour with her band. She had just launched a Kickstarter to fund Modern Age (it was fully funded within three days), and recording sessions were scheduled for March; the band planned to head to Austin, Texas for SXSW and then to record the album with her friend and old tourmate, Grammy-award winning producer Joe Reyes, and engineer wunderkind Jim Vollentine.

When Italy suddenly went into a national lockdown, Peters and her husband/bandmate, Rip Rowan, instead hatched a plan to work around the international travel restrictions. Building on a series of demos recorded on the road in the Netherlands and Germany during their last tour, the band holed up in a farmhouse in Castiglion Fiorentino, the small town in Italy that Peters had once called home. Over the course of 10 days, they worked to finish the songs they’d begun the year prior and to tackle the batch of new songs that Peters had written in the meantime.

“It was recorded kind of like Jackson Browne’s Running on Empty,” recalls Peters. “We worked on the album in four different countries and in pop-up studios, in part while we were on tour.”

“Crazymaker,” which explores the sort of person who makes you feel that you are the crazy one when, in reality, he/she is the real manipulator, trapping you in a toxic relationship, is rich with driving electric guitars atop four-on-the-floor AC/DC-inspired drums. Other cuts on the album, like “Hood Ornament,” call to mind bands like Spoon and LCD Soundsystem. Yet despite the shimmery pop-rock packaging these songs are wrapped in, Peters doesn’t shy away from pulling the lyrical punches she is known for. She’s downright angry on “Yes,” unleashing a tidal wave of frustration at being written off as a “chick singer.” On “Make Up My Mind,” she wrestles with indecision and self-doubt, channeling ’90s-era Smashing Pumpkins grunge, while “Never Really Gone” is a luminous, Fleetwood Mac-esque take on the joy of discovering that you can, in fact, go home again.

Intertwining introspective lyrics with irresistible melodies, Peters has been releasing album after album of well-crafted folk/rock gems for more than a decade. Her previous album of original material, Foxhole Prayers, was a successful and critically-acclaimed release that put Peters on the national stage with a glowing 4-star MOJO review plus invitations to perform at NPR’s “Mountain Stage,” 30A, and AmericanaFest. She has performed thousands of concerts in the United States and Europe and has opened for such artists as Josh Rouse, 10,000 Maniacs, John Oates, Matthew Sweet, Ben Ottewell, and Horse Feathers. 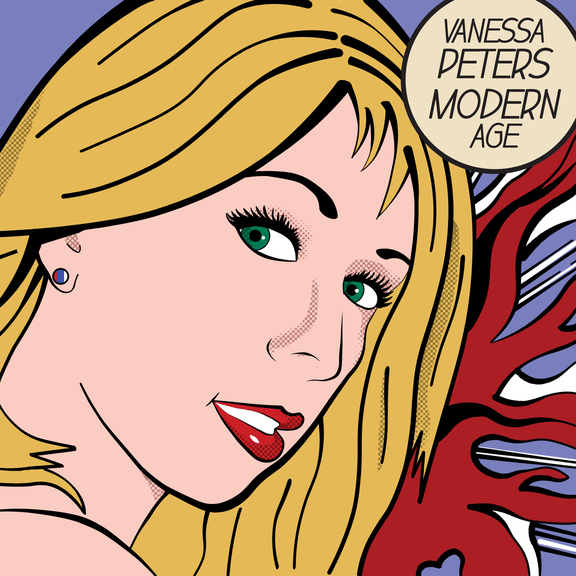 6. The Band Played On

8. The Weight of This