We are proud to premiere Abby Stephens new video for her second single, “Dreamer.” The video was produced and directed by Keegan Thomas at OMNI Sound recording studios and All Access Coach Leasing in Nashville, Tennessee. The Heartland Network and The Country Network also plan to air the video.

“Ever have a dream so strong you may be willing to risk great things to chase it? Will it work out? Who knows. Is it worth it? ABSOLUTELY!” said Stephens. “This video is dedicated to all who have supported me and helped me to keep chasing my dreams! Hope you enjoy!”

Stephens discovered her love for music at age 7 and won a local competition in 2016. Abby has also worked for a number of years with PCG Universal, a talent discovery and development company headquartered in Nashville, Tennessee. She was also honored to win the Youth Artist of the Year award at the 2018 Carolina Music Awards.

Abby has been featured on the Bobby Bones Show, many local radio stations, and has opened for artists such as Jana Kramer, Lauren Alaina, Mickey Guyton, Clare Dunn, Dylan Scott, and CAM. She has also sung alongside Kelsea Ballerini, most recently at the Ryman Auditorium. Abby travels regularly to Nashville to write, record, and perform. Her debut single Front Porch Swing is streaming everywhere and receiving airplay. 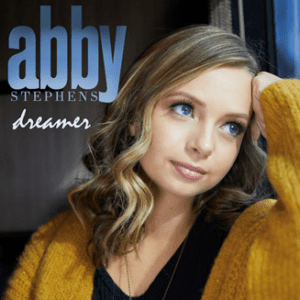 In addition, Abby has a passion for helping others & has raised thousands of dollars for charities including Children’s Miracle Network, Bob’s Buddies, and many more. She had a vision to create an organization called the Best Day Ever Foundation, which provides others with opportunities or gifts they may not have otherwise had – akin to Make A Wish – but on a hyper-local level. She wrote an inspirational song titled Best Day Ever which portrays when the world is helping each other, working together, and loving one another — that will be the “Best Day Ever”.