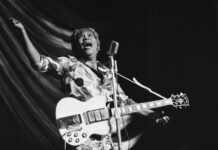 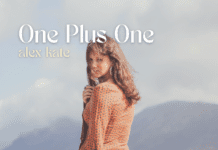 27: The Most Perfect Album was released today by More Perfect, a podcast from WNYC Studios about American democracy in conjunction with their third season. The album is a compilation of 27 original songs by acclaimed musicians and artists from around the world inspired by one of the 27 amendments to the U.S. Constitution. The album will be released digitally on September 18th and will be available for free to listeners everywhere.

27: THE MOST PERFECT ALBUM features Dolly Parton with a song inspired by the 19th Amendment and women’s right to vote; Flor de Toloache with a track about the Second Amendment and the right to keep and bear arms; Devendra Banhart with music reflecting on the procedures for presidential succession; They Might Be Giants; Palehound; Torres; Kash Doll; Caroline Shaw; The Kominas; Cherry Glazerr; The Slants; Sons of an Illustrious Father, and many more. From country music and mariachi, to folk and punk rock, all of the participating artists interpret each of the amendments in their own distinct styles.

“I was very happy to participate in Jad Abumrad’s podcast’s album. Being lucky enough to be a successful woman in business, I wanted to exercise my right to write about the 19th Amendment to praise and uplift women. Of course, I did a fun take on my song ‘A Woman’s Right’ and I hope you enjoy listening to it as much as I, some good gals, and a few good guys did putting it together for you.” explains Parton.

A lyric from the song includes: “They said a woman’s place/ Was staying in her hut/Washin’, cookin’ cleanin’/Wipin’ babies butts./ They said she’d never see the day/We’d equal up to them/But here we are; we’ve come so far/I guess we sure showed them.”

The full artist list is below. A number of amendments inspired multiple songs by different artists.

“The mission of this album is to take these sometimes forgotten words and animate them through the power of music,” said Jad Abumrad, Peabody-award-winning host and creator of More Perfect and Radiolab. “These 27 amendments not only outline our basic rights as Americans, but they also show a country changing, evolving, re-imagining itself. Striving—and not always succeeding—to be better. These songs are a small way to say that these words matter. We’re thrilled to bring listeners this music in this critical moment.”

The new album will be released in conjunction with More Perfect’s third season. New episodes of the podcast will serve as a series of ‘audio liner notes’ to the compilation. Golden Globe, Emmy, and Tony Award-winning actor Jeffrey Wright (Westworld; The Hunger Games) lends his voice to the podcast series, narrating each of the 27 amendments. With visual artwork from Luis Mazón, and essays by legal editor Elie Mystal, this package from More Perfect will explore the rich history and meaning infused within the constitutional amendments.

Hailed as “eye-opening” by USA Today and as “astonishing” by The New Yorker, More Perfect has also been praised by Mashable for going “beyond history and law to question the very essence of what it means to be American.” For more information and to listen to prior seasons of More Perfect, visit moreperfectpodcast.org.

27: THE MOST PERFECT ALBUM Tracklist:

Guarantees the people’s right to own and bear arms for their defense.

Citizens cannot be forced to quarter soldiers during times of peace.

Citizens cannot be forced to subject themselves to seizure and search without a search warrant and probable cause.

Prohibits abuse of governmental authority in legal procedures. Establishes rules for indictment by eminent domain and grand jury. Guarantees the due process rights. Protects citizens from self-incrimination and double jeopardy.

Guarantees fair and speedy jury trial and the rights to know the accusation, the accuser, and to find counsel and witnesses.

Reserves individuals’ rights to jury trial depending on the civil case and cases already examined by not be re-opened by another court.

Forbids exorbitant bails and fines and punishment that is unusual or cruel.

Reserves the rights of citizens which are not specifically mentioned by the U.S. Constitution.

Reserves powers that are not given to the U.S. government under the Constitution, nor prohibited to a State of the U.S., to the people and the States.

State sovereign immunity. States are protected from suits by citizens living in another state or foreigners that do not reside within the state borders.

Modifies and clarifies the procedure for electing vice-presidents and presidents.

Except as punishment for criminal offense, forbids forced-slavery and involuntary servitude.

Details Equal Protection Clause, Due Process Clause, Citizenship Clause, and clauses dealing with the Confederacy and its officials.

Reserves citizens the suffrage rights regardless of their race, color, or previous slave status.

Reserves the U.S. government the right to tax income.

Establishes popular voting as the process under which senators are elected.

Denies the sale and consumption of alcohol.

Details the repeal of the Eighteenth Amendment. State laws over alcohol are to remain.

Limits the terms that an individual can be elected as president (at most two terms). Individuals who have served over two years of someone else’s term may not be elected more than once.

23rd Amendment: The Mellow Tones, from the Duke Ellington School of the Arts in Washington, D.C.

Reserves the right of citizens residing in the District of Columbia to vote for their own Electors for presidential elections.

Citizens cannot be denied the suffrage rights for not paying a poll tax or any other taxes.

Establishes the procedures for a successor of a President.

Reserves the right for citizens 18 and older to vote.

Denies any laws that vary the salaries of Congress members until the beginning of the next terms of office for Representatives.