Lyrically, Liza celebrates freeing yourself from an unhealthy situation, stating “Writing this song was a mental playground for me – turning pain into satire and imaging a hope-filled world with no ceilings – I wanted to bottle up that electricity that happens when you’re free of something taxing.”

Directed by Sophia Lauer, the video displays Liza exercising liberation in a park. Discussing the video which was adapted to feature Liza solo, after the pandemic hit, Liza stated, “Originally, we were going to have a huge dance number with lots of my friends – piled into some cool location in monochrome sweatsuits, moving in tandem.”

Liza added, “The pandemic happened and we had to shelf our initial mood board. I still had the choreography from Eva Daire and we decided to just have me do it on my own which proved to be extremely true with the times – I mean, what feels more like a Bad Vacation than the intense solitude we’re all feeling now. I was really inspired by the Jane Fonda workout videos that were sort of going around at the beginning of quarantine and the combination of Sophia’s amazing brain and Eva’s choreography and my own take on all of that made something I’m really proud of.”

“Bad Vacation” is the latest in a series of singles that Liza has released in 2020. “Desire” and “Devotion” (produced by Justin Meldal-Johnsen [Beck]) and “Bad Vacation” have earned comparisons to artists from Talking Heads to Blondie and praise from the Fader, who said the new music “pushes her sound even further and” Refinery29 hailed the song’s “shimmery guitars.” New singles follow-up Liza’s critically praised 2018 album Fine But Dying, which NPR called “bold in both sound and subject,” Liza has also made her national television debut on CONAN and sold-out runs with Kacey Musgraves, Ray LaMontagne, and more.

Liza’s breakthrough 2018 album Fine But Dying spoke candidly about her struggles with depression and anxiety and her recent singles continue to expand on her ability for acute mental health insight. Whether tackling toxic relationships or commenting on destructive habits, Liza is currently at her most lyrically accomplished and personally self-aware. This is reflected in Liza’s essay for NPR Music’s “Our Daily Breather” series, where she shares new found perspective, alongside her contribution to a recent feature on musicians’ mental health during the pandemic, in the LA Times.

With the aim of providing an emotional safe space, Liza has been leading #EmotionalHealth2020 rallies on her Instagram. The live interview series – which airs weekly on Tuesdays at 6 PM CT – features Liza hosting friends and collaborators including Half Waif and Caroline Rose and more on deck for future conversations. Tune into #EmotionalHealth2020 on Liza’s Instagram here: https://www.instagram.com/lizaannemusic

Liza is hard at work on the follow-up to Fine But Dying. 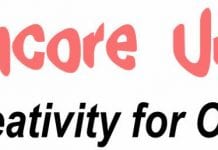