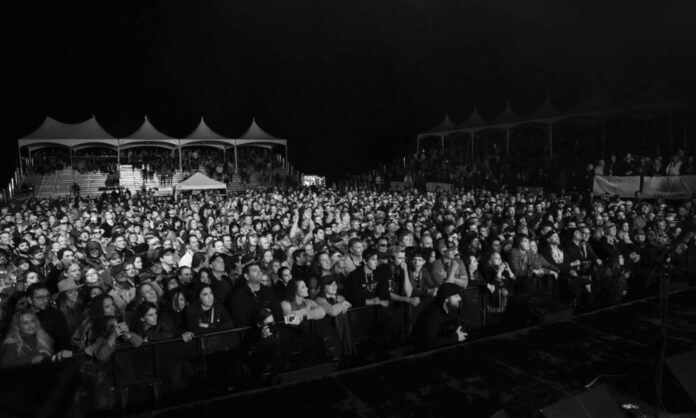 BIG SKY, Mont. (April 29, 2022) – Outlaw Partners is thrilled to announce that the Wildlands Festival will rock Big Sky, featuring not one, but two nights of world-class music Friday, August 12, and Saturday, August 13 at the Big Sky Events Arena, an iconic outdoor venue that sits beneath the famed backdrop of 11,166-foot Lone Mountain. This exciting music event will bring people together who have a mutual love for wild and scenic lands, outdoor recreation, parks, trails, and the enjoyment of what makes this part of the world special.

Six-time Grammy Award-winning singer, songwriter, performer, producer, and New York Times Best Selling author Brandi Carlile will headline the Wildlands Festival on Saturday night.  The singer announced today that Big Sky will be an official stop on her “Beyond These Silent Days” headline tour. This will be Carlile’s second performance at the Big Sky Events Arena, where she originally played in July 2019 as part of the Peak to Sky music festival.

Grammy-winning and 15 million records selling duo Indigo Girls, will also impress music fans at Wildlands as they take the stage on Saturday to perform songs from their new album, “Look Long” along with classics from their eponymous album like “Closer to Fine.”  The Wildlands Festival will be an official stop on their “Look Long 2022” tour.

Friday night will feature Outlaw Partners’ friend and music legend Lukas Nelson & POTR. Nelson and his band will undoubtedly turn up the heat as they return to Big Sky for the fourth time to play at the Wildlands Festival. The last time he played in Big Sky was a sold-out, energetic crowd. In 2018, Nelson won a Grammy Award for “Best Compilation Soundtrack” for his work in A Star Is Born with Lady Gaga.

Additional big-name music acts will be announced later this month.

“This is an all-star lineup, one for the record books.  We’re honored to bring this many Grammy-winning and award wielding artists all to one stage, in an intimate and picturesque venue in Big Sky,” exclaimed Eric Ladd, co-founder of Outlaw Partners. “Outlaws events are known for quick sell out’s and this one is bound to have incredible demand,” continued Ladd.

A percentage of all ticket sales will be directly donated to area non-profits that share the same ethos as the Wildlands Festival and its goal to bring attention and stewardship to the wild and open spaces that surround the community in Southwest Montana. “Our goal is to not only curate an amazing night of music in an incredible venue, but to raise money for some very worthy charities that work hard to protect our beautiful landscape,” explained Ladd.