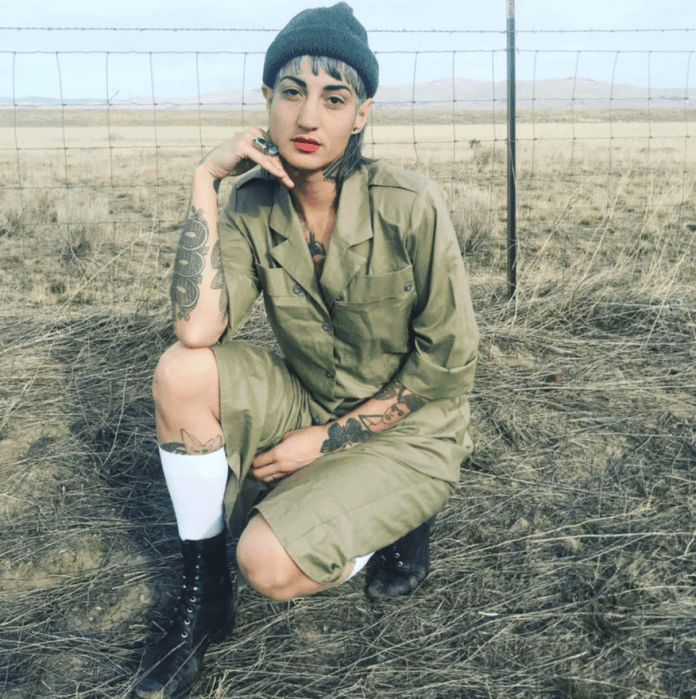 “One of the most innovative and exciting young vocalists around.”
– NPR Music

“A soaring balance of tradition and evolution.”
– SPIN

New York, NY (December 4, 2018) – Y La Bamba will release Mujeres on Feb 8 via Tender Loving Empire, a record that exists in the landscape of a national identity crisis. Y La Bamba has been many things, but at the heart of it is singer-songwriter Luz Elena Mendoza’s inquisitive sense of self.

Mujeres was announced at NPR Music, who dubbed the title track, “A battle cry against machismo.” Brooklyn Vegan called it, “a powerful, sexism-battling anthem” and The New York Times notes, “Medoza’s voice is the X factor, ranging from forceful and strong to bright, sweet and vibrato-filled… global without sounding kitschy or like it’s lost its experimental edge.”

Today, Y La Bamba shares the dizzying “Cuatro Crazy” — out this Fri, Dec 7 via all platforms. Mendoza says, “This song was written in San Francisco about connections that come and go, and the beauty of sharing experiences while making art and letting it be the energy that heals and supports each others vision. I think it’s beautiful to learn the many ways we can express love.

“I think a lot on how society speaks on the idea of intimacy and romantic relationships. I think it’s important to be real and open and allow each other to feel what it’s like be held and support one another. These are my honest thoughts while contemplating affection and how we can evolve into a deeper understating of compassion and care.”

Their fifth record, Mujeres, carries on the Portland-based band’s affinity for spiritual contemplation but goes a step further in telling a story with a full emotional spectrum. Coming off Ojos Del Sol, one of NPR’s ‘Top 50 Albums of 2016’, Mujeres exhibits the scope of Mendoza’s artistic voice like never before. “Soy como soy,” Mendoza says, and that declaration is the bold — even political — statement that positions Mujeres to be Y La Bamba’s most unbridled offering yet.

The raw honesty of Mujeres is, in fact, the raw honesty of Mendoza. Armed with the emotionality of traditional música Mexicana and the storytelling of American folk, Y La Bamba’s artistry is not just their musical ability but Mendoza’s search for unadulterated truth. It is in an ancestral, spiritual journey in which Mendoza comes to terms with the influence and limitations of her upbringing. Mendoza’s experience of childhood summers in the San Joaquin Valley listening to mariachi, of being raised strict Catholic by immigrant parents, of being a woman having to prove herself to the boys, paints strokes of both melancholy and healing on the tracks. “From the way that my family struggles, to the way they shoot the shit… it’s so different from whiteness,” Mendoza says. “It’s a different dimension.”