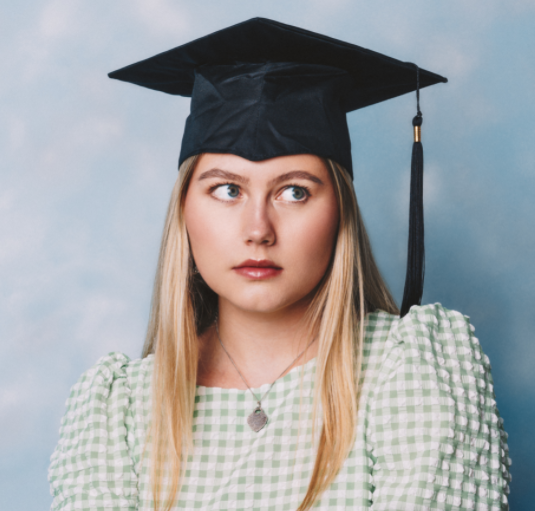 Dutch singer/songwriter MAXINE has established a name for herself having penned songs for other artists which have since accumulated more than two million streams thus far. Studying at Musikmakarna, Sweden’s illustrious music school for songwriters, she was praised by the likes of Max Martin and Zara Larsson, encouraging her to go headfirst into her own solo career. MAXINE confides, “I always wanted to be a singer in the first place. When I went to high school music, we were also taught how to compose songs. I liked the whole creative process right away. You start with an idea, you record it, and in the end, you have a complete song. I soon knew this is what I wanted to continue with.”

Her debut EP, Minor felt Major, narrates the musician’s failed love experiences during her college days. It starts with meeting a new person who you fall for, but it ultimately turns out not to work out and it ends in tears, emphasising the relatable and sticky situation of having feelings for a person, who you know is bad for you, but it feels too good to ignore. MAXINE confides, “You can see the process of young love and the lessons learned from that. It’s really a chapter that I can finally close, since I’ve graduated now.”

The title Minor felt Major is a nod to MAXINE’s love of songwriting. Introducing the seven-track EP is the infectious “Help Myself” – the fun, playful and upbeat track is an honest portrayal of the songwriter’s love for love. The release also features “DON.T” and “Heart Shaped Bruises” with fellow Dutch artist Haris. “Paint It Red” slows things down a notch. With echoing synths, the minimalist soundscape leaves space for MAXINE’s impressive vocal range, which sends shivers down your spine. The piano led “Strange” brings the EP to a close, showing the artist’s versatility, with simple, organic instrumentation riding against her soulful, emotional vocals.

Inspired by the likes of Zara Larsson, Astrid S and Julia Michaels, MAXINE’S music can be described as emotional, personal pop, coming from the heart and touching on some of her most vulnerable moments and life experiences. Minor felt Major takes the listener on a cinematic journey, allowing them a glimpse into her own life and enabling them to experience these things with her.

The fact that MAXINE perfectly senses the ambiance of her audience is noticeable in her recent successes. On TikTok, her songs about pop culture and TV characters gained her over 50k followers and nearly a million likes. Her own songs have been streamed more than one million times on Spotify. MAXINE also wrote songs for several prominent Dutch artists, including Maan and Roxeanne Hazes. She even co-wrote the Korean hit ‘The Only’ (feat. Irene of Red Velvet) by Raiden, which scored millions of streams and views. Besides, as a support act in sold-out shows for RONDÉ and the Swedish ALMA, MAXINE also proved that on a stage is where she belongs.