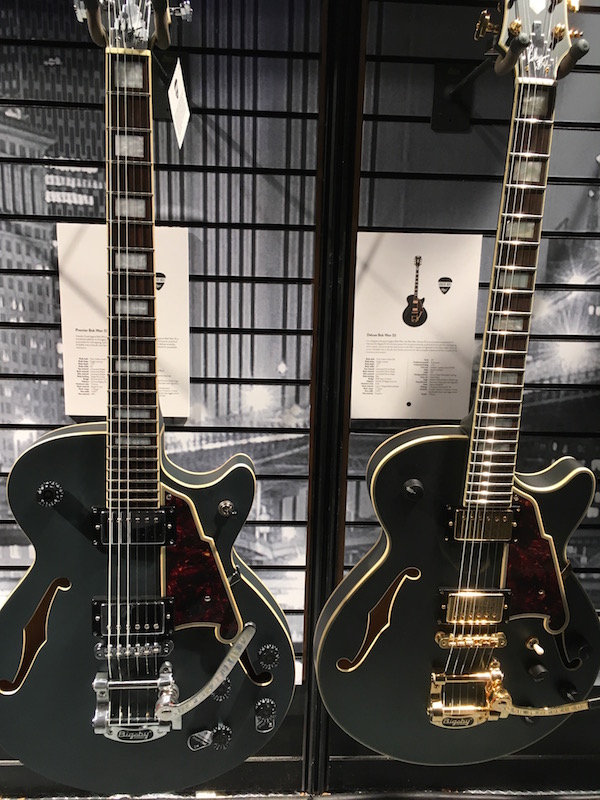 Not only did D’Angelico Guitars make a custom Bob Weir Deluxe SS model guitar, just for the artist, they hosted a special invitation only event at Winter NAMM 2017 on January 20, 2017 to see Bob in action playing his new axe well before its release! As one of very few invited guests, I was able to be in the front row for the entire practically private show! 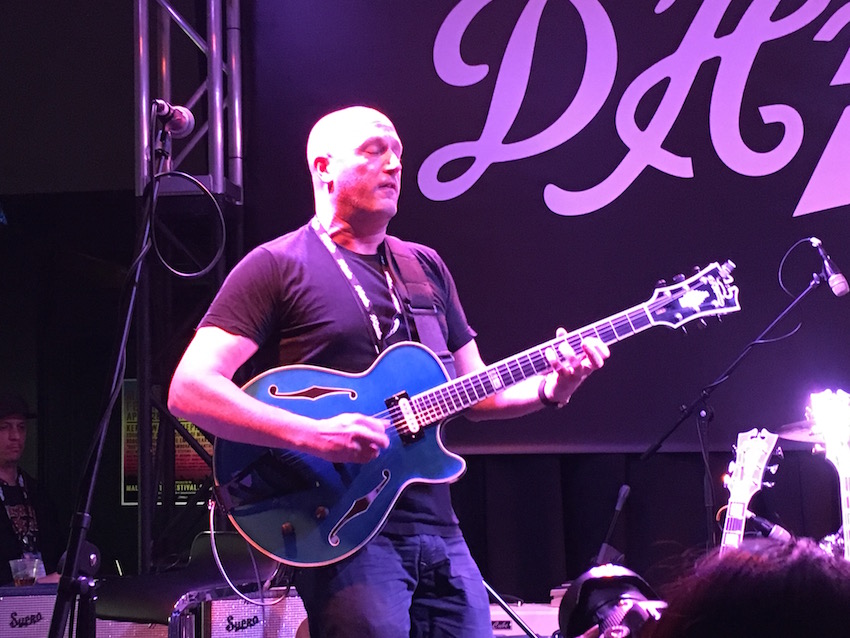 Opening was D’Angelico artist, Fabrizio Sotti, who wooed us with his beautiful jazzy styles and spoke in between his gorgeous instrumental numbers about his own custom D’Angelico guitar, the Fabrizio SS. 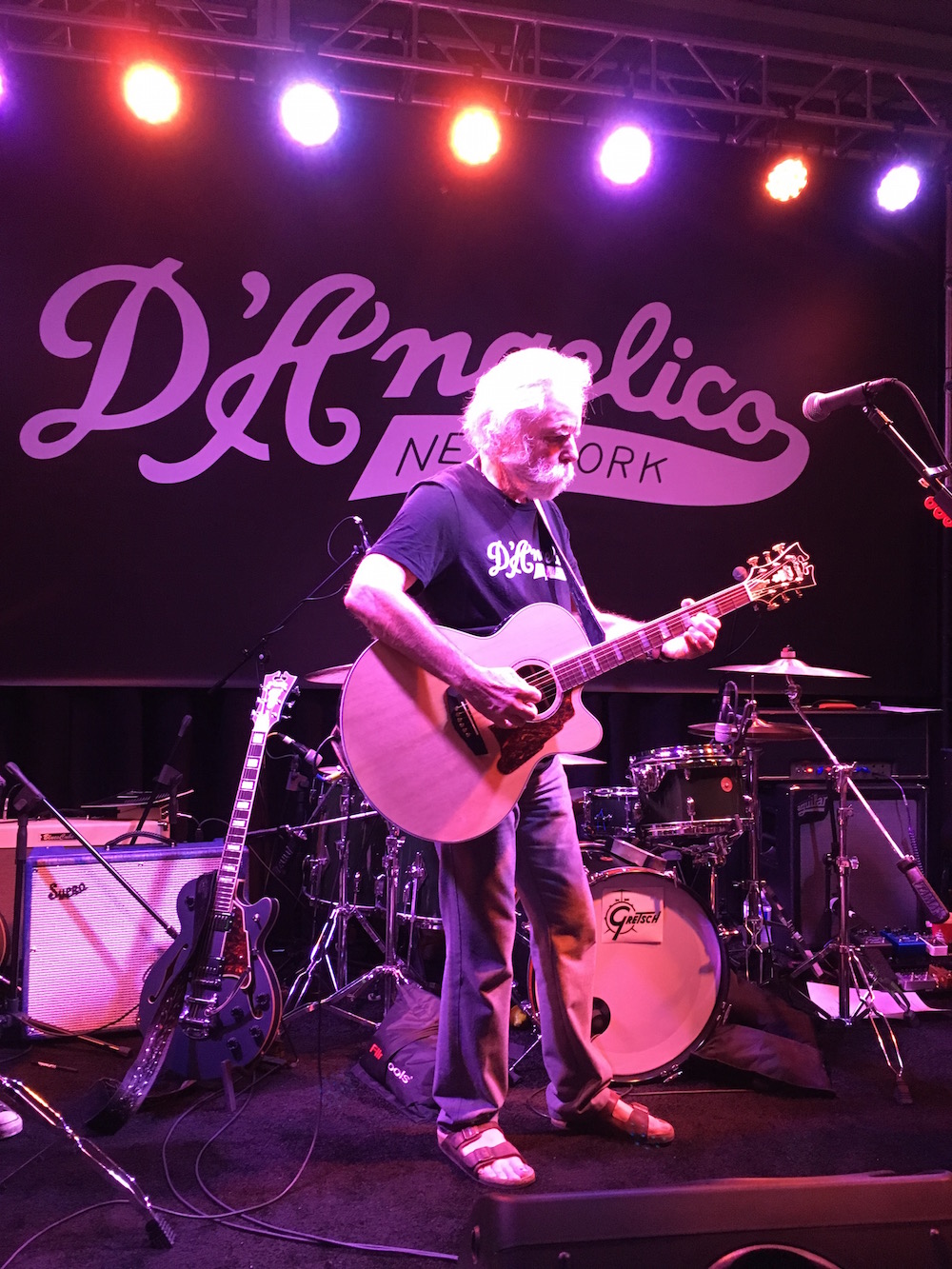 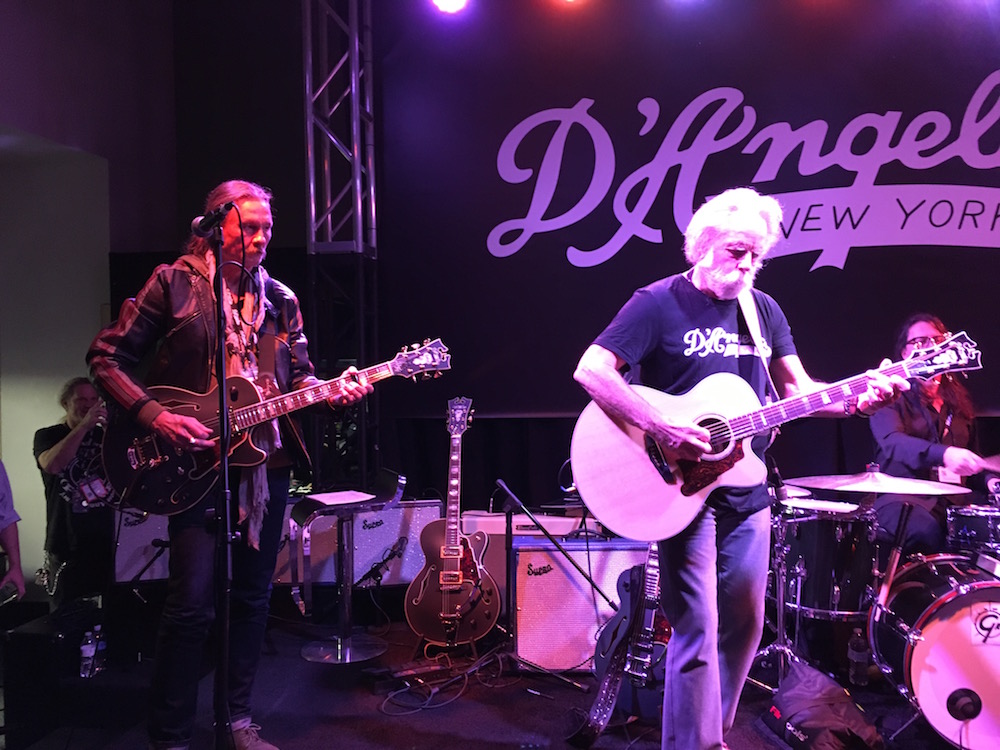 Shortly afterward, Bob came on stage with acoustic in hand, singing and playing so well, capturing the audience with great soul and songs that we all knew! Here he is warming us up with “Easy To Slip” adding some nice percussion and lots of space in the song. One of the musicians playing with him was Randy Ray Mitchell (Donna Summer) pictured above right with Bob and playing the entire set of material with him, on tasty slide guitar and really cool riffs and fills.

When they went into Dark Star everyone could not believe it. If you are a Dead fan, you know why. (They seldom play it and you are lucky to hear it!)

Here is another part of the song where they start jamming! 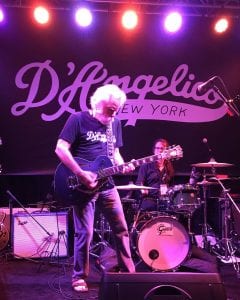 In the middle of the song, Bob switched to his new D’Angelico model guitar and continues to play Dark Star!

The night got more exciting when Matt Sorum (The Cult, Guns n Roses, Hollywood Vampires) took the sticks for numbers like the Beatles “Come Together” and “The Other One.” 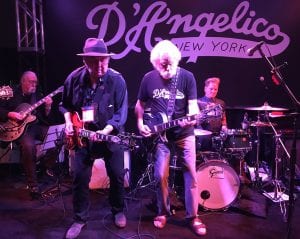 Jeff “Skunk” Baxter and Gene Cornish both picked up D’Angelico Guitars to jam along and Robert Randolph on steel guitar! It was exciting to see all of these talented guitarists from top bands/artists all showing off D’Angelico’s products! 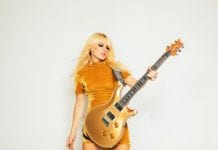 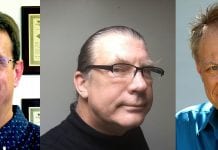 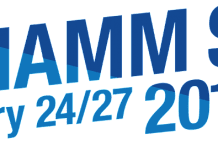 [email protected] Call for Entries: Perform at The 2019 NAMM Show