ANAHEIM, California, January 11, 2017 –– The Women’s International Music Network (the WiMN) proudly announces iconic singer Ronnie Spector as a 2017 She Rocks Award recipient. Her award is sponsored by the John Lennon Educational Tour Bus, in honor of her influence on multiple generations of aspiring musicians. Recognizing women who stand out as role models in the music industry, the live awards event takes place on January 20, 2017, at 7:00 p.m. in the Anaheim Hilton Hotel during the NAMM Show. This year’s event will be live streamed at Parade.com/SheRocks.

Spector, who is best known as the founder and lead singer of the pioneering female vocal group The Ronettes in the 1960s, joins the John Lennon Educational Tour Bus at NAMM to help celebrate and launch the non-profits’ 20th Anniversary as the featured performer at their annual Imagine Party on January 21st. The Ronettes’ chart-topping, timeless hits include “Walking in the Rain,” “The Best Part of Breaking Up,” and the number one hit, “Be My Baby.” As a solo artist, she collaborated with diverse artists, and in 1986 teamed up with Eddie Money on the GRAMMY® Award-nominated duet, “Take Me Home Tonight.” In 2007, she and The Ronettes were inducted into the Rock & Roll Hall of Fame. For more information about Ronnie Spector, visit www.ronniespector.com.

Laura B. Whitmore, founder of the WiMN and co-producer of the She Rocks Awards, enthuses, “It’s a privilege to be able to recognize someone who has been influencing and inspiring female musicians since the early days of rock and roll. We are very happy to be honoring Ronnie Spector.”

The She Rocks Awards pays tribute to women who display leadership and stand out within the music industry, and has become a standard at the NAMM Show. This year’s award recipients include female industry leaders such as Lita Ford, Shirley Manson, Lisa Foxx, and many more. The event brings together industry professionals, music icons, artists, fans and media to celebrate women in music.

Celebrating its 5th anniversary in 2017, the She Rocks Awards will take place on Friday, January 20, 2017 at the Anaheim Hilton Hotel at 7:00 p.m. A NAMM badge is not required to attend the She Rocks Awards, and yes, men are welcome, too! Find out more and purchase tickets at  www.sherocksawards.com.

Find out more and purchase tickets at www.sherocksawards.com. 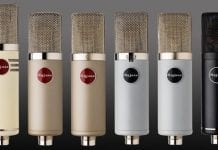 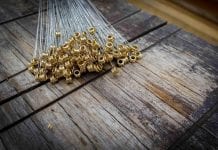 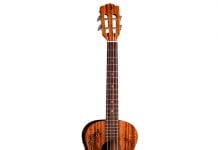