Home News NAMM SMASHmouse — One of Winter NAMM’s Top Concepts — Back for Summer... 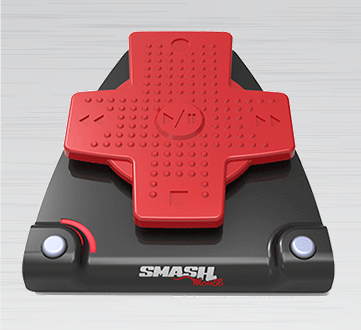 Coming off a strong start as one of USA Today’s “Top 7 Coolest Things” at Winter NAMM 2017, SMASHmouse — the first foot-controlled PC mouse, shortcut and omni-directional expression control designed for musicians, gamers and more — is back for Summer NAMM and they’re announcing their Kickstarter campaign to launch production.

“Music digitalization is changing the way we are learning, performing and recording, but we feel the way we interact with our computers hasn’t caught up,” said amateur guitarist and creator of SMASHmouse, Robb Dillon.

“SMASHmouse is about improving how we control our devices and software and, more importantly, it’s enhancing what we can be doing while we control them. Whether you’re playing guitar while watching a video lesson or triggering loops and a light show on stage, you can keep your hands on the instrument and your head in the music. As we say, just ‘Kick it to Click it’ and keep on playing.”

The idea of SMASHmouse, with its unlimited multi-modal possibilities, was enough to win over the NAMM crowd in January, and Dillon is working to build a loyal community of users who will be able to work with SMASHmouse to develop their own software to control, or to differentiate existing software in crowded markets.

“Our goals for attending Summer NAMM include garnering support for our pending Kickstarter campaign, targeting partners for bundling and co-promotion, explore distribution partners and even investor discussions” said Dillon.

With a refined prototype, finalized manufacturing model on track for Christmas 2017 delivery and a friendly market price, SMASHmouse is ready to get moving.

“We’re excited to pull the trigger,” Dillon continued. “After NAMM, we knew we had an opportunity to bring this to reality, and we’ve come a long way. The heart of the idea and our microprocessor is the same, but the ergonomics and controls are better than ever. At a $125 MSRP, SMASHmouse is a tool for everyone to control digital music interfaces, and the microprocessor means a simple software application will be able to replace digital effects and expression pedals, page turners, beat machines, metronomes and so much more.”

If their Kickstarter goal is reached, SMASHmouse joins a legacy of industry-changing tech launched at NAMM. The first run of pedals is set to arrive in 2017, and out of the box it will give purchasers all the functionality and range of a PC mouse with multi-modal toggle and media playback controls. But that’s just scratching the surface of the product, as Dillon said.

That’s why he is excited to meet potential software partners at NAMM to help unlock the potential of SMASHmouse.

“This music community is the key to the future of SMASHmouse,” explained Dillon. “From here, we believe this can expand into areas like video gaming, manufacturing, the medical field and beyond. Connecting with the right people at NAMM is the first step to all of that.”

Dillon and crew will be at booth #2005 for Summer NAMM in Nashville, July 13-15, 2017. To learn more about SMASHmouse or donate to their Kickstarter, visit www.SMASHmouseUSA.com. 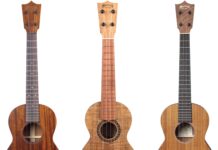