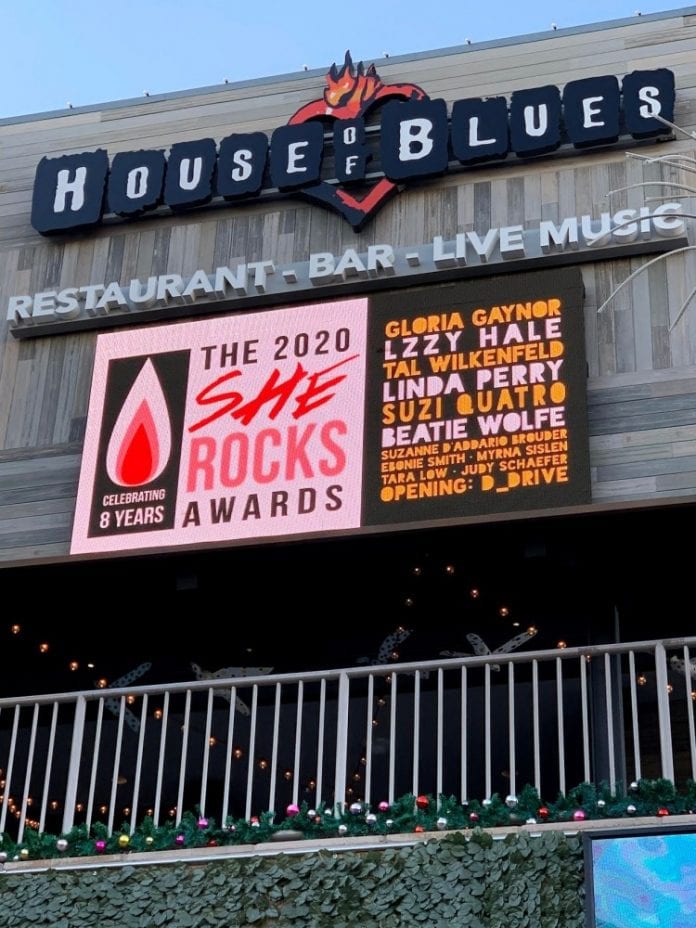 The evening began with a cocktail hour and dinner with a Silent Auction that had many tremendous gifts – autographed items, gift baskets, artwork, and an Epiphone She Rocks acoustic guitar autographed by all of the hosts and honorees.

Held on January 17, 2020, at the House of Blues in Anaheim, Calif., the She Rocks Awards show featured exceptional performances and emotional, inspiring acceptance speeches by women in the music industry. Hosted annually by the Women’s International Music Network (WiMN), the evening’s host was the Founder of WiMN, Laura B. Whitmore. Whitmore says, “This year’s event was over the top, and I couldn’t be more proud. From legendary honorees and heartfelt speeches to electrifying performances that had the audience on their feet, this was a night to remember.”

Find out more about the She Rocks Awards and the Women’s International Music Network at thewimn.com.