Home News Special Features What Started It All: Experience the instruments that inspired female legends

For as long as I can remember, I have been deeply moved by music. Specifically live music, but music all in the same. The simple fact that a variety of instruments formed different sounds, and that without one another, it was just sound. But one instrument, in particular, is the glue that holds it all together: the bass guitar.

Upon its creation in 1951 by Fender, the electric bass truly shaped the world of music in a way that we could never have dreamed. Since then, artists have taken this revolutionary instrument and have made it their own. Some female players not only played the bass guitar but became musical icons through their command of the instrument. They kept the beat of their music growing strong, taking what was once a background instrument and making it the backbone, transforming it into an integral part of the music scene.

Artists such as Carol Kaye, Tina Weymouth, Tal Wilkenfeld, Gail Ann Dorsey, and other players in between have created a movement where women are celebrated for their musical creativity. Kaye famously played music in almost any genre she was handed, and she did it well. Her range has been recognized for decades and simply cannot be denied. This movement has trickled down into modern-day female bassists and inspired many more women to pick up this four-stringed instrument. 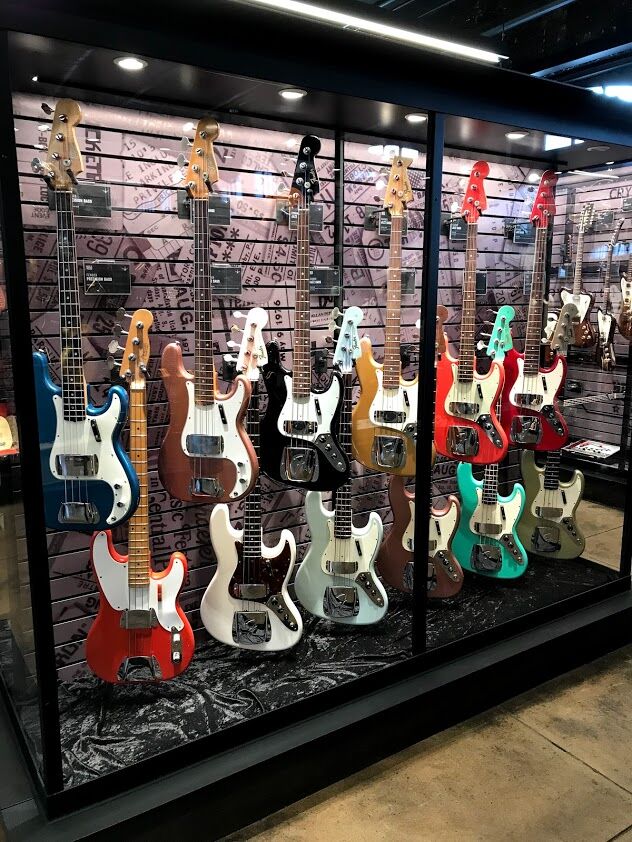 At Songbirds Guitar Museum, we are lucky to have acquired some of the world’s rarest bass guitars of all makes and models. Our collection features the original instruments that started it all, including an extensive collection of Fender and Gibson bass guitars and beyond. Our most recent exhibit, Six String Queens, brings not only female guitar players into the light, but female instrumentalists of all genres. We continue to house this beautiful collection and urge you to come see the instruments that have shaped the world of music as we know it.