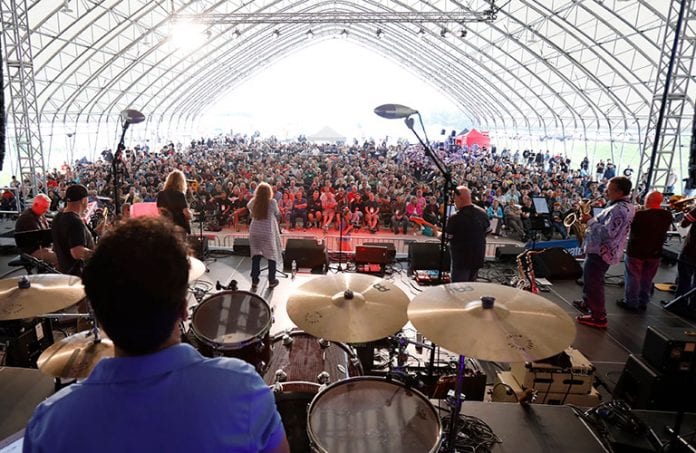 Featuring performances and panel discussions from some of the best in the music business, along with gear debuts from the industry’s top vendors, fans can now access this year’s event schedule and register for free attendance via Sweetwater’s GearFest 2019 website or app.

Unlike many industry trade shows, which are held primarily for manufacturers and retailers, GearFest remains the only event of its kind and size to veer from tradition and remain open to the public.

Sweetwater Founder and President Chuck Surack said, “We are excited to welcome people from all over the world to our campus. It’s a chance for them to meet and learn from some of the most talented musicians and producers in the business and see the latest and greatest instruments and gear directly from the vendors, and it’s also an opportunity for us share our passion with and show our appreciation for our customers. There’s no other festival like it.”

GearFest 2019 will mark the event’s 18th anniversary, where attendance is expected to reach more than 15,000 people. Last year alone, GearFest hosted guests from every state in the U.S. and countries around the world, including Australia, Germany, India, and Brazil.

This year’s highlights will bring even more to the table with entertainment events, musical demonstrations, over 200 seminars for attendees, hourly giveaways of free gear totaling more than $70,000 and a musicians’ flea market. In addition, a multitude of producers and performers will host workshops continuously on five different stages. Highlights of noteworthy artists who plan to attend GearFest 2019 include: