Connecticut based duo Violent Mae just released their sophomore album Kid. Rising out of multi-instrumentalist Floyd Kellogg ’s production style and Becky Kessler ’s guitar driven songwriting, the record is a document of a band coming into its own. The duo defies expectations by creating a dynamic fuzzy low-rock sound with opening tracks “In The Sun” and “In My Ring.” 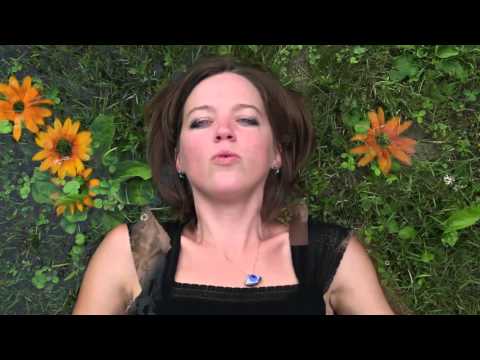 Guitars play both bass backbone and atmospheric parts while the drums take on driving, yet melodious roles throughout. Random found sounds captured during their self- produced recording sessions at a rural organic farm contribute to an eerie mood and become an integral part of the music. The title track “Kid” is a raw stripped down to the bone song which features Kessler’s low reverberant vocals, taking the listener on a heartbreaking melancholy journey. A certain sadness permeates the record but the listener can always find a silver lining sense of warmth and strength. You get an air of adolescence and how fleeting anything of significance might be, including love. On “Flame”, Becky sings “better hold onto me tight / I’m ready to go / straight into the stars / we’ll blow them all away” and that’s an apt description of Violent Mae and their new record Kid. It builds to “Neon Halos,” a bold song about the feeling of helplessness connected to modern experience with sing along “oh oh well hell / oh oh well oh hell oh” and comes back down to the earth with the personal lament “Birthday.”

The Indie-duo also recently premiered the wonderful new video for the single “In The Sun.” Video director, Ian Cinco, described the feeling he was going for in the video…..

“Feeling “warm in the sun” is such a beautiful sentiment. We’ve all had, metaphorically speaking, warm moments in the sun we wish could last forever, but it’s almost more important to find strength after that moment is gone. Especially when it comes to lost love. You can only hold onto the temporary highs of life for so long.

“In the Sun” (the music video) is about finding strength after the highs of life have left us. We wanted to represent how fleeting a good feeling can be. We tried to capture the feeling you get when you’re with good friends and the sun is setting and everything is perfect, but we also wanted to show the flip side to that; the sun sets, people go their own way, you have to move on in your own way.

The song itself has an angry undertone that builds and occasionally surfaces as the song progresses. It’s not just Becky’s amazing voice, there’s an incredible nuance and range to the distortion and music itself. I wanted to make sure the visuals were constantly shifting with the mood of the song while occasionally letting the anger release.

So for me, making a video for “In the Sun” was all about balancing the beautiful sentiment expressed in the lyrics while allowing the angry undertone to build and occasionally surface as the song progresses.”