Though widely celebrated for her participation in Season 6 of the NBC smash hit singing competition, The Voice, Christina Grimmie’s incredible talent began taking shape long before her appearance on the show had even been televised. A singer/songwriter from the start, Grimmie’s aspirations to become a performer emerged at age four, swiftly followed by her impressive talent on the piano and undeniable vocal capabilities. At age 12, Grimmie’s mother was diagnosed with breast cancer, a frightening reality that would lead Grimmie to write an incredibly moving and relatable tune.  The ballad, “Little Girl” is titled in reference to the loving nickname Grimmie’s mother would call her throughout this incredibly tumultuous time, in hopes that the phrase might bring comfort to her young daughter. 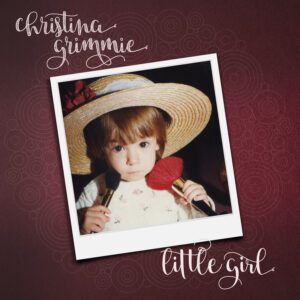 “Little Girl” reveals the powerful bond between Grimmie and her mother, enforcing the importance of support and encouragement inside one of life’s most significant relationships. Despite having been written years prior, Grimmie did not record “Little Girl” until months before her unexpected and tragic death on June 10, 2016. Having privately cherished the song since its conception, Grimmie’s mother, Tina Grimmie, is now prepared to release the heartfelt tune in hopes its message will continue to promote the importance and necessity behind building strong and supportive relationships between mothers and daughters.

Additionally, a portion of all sales and streams of the song will be donated to The Christina Grimmie Foundation, which provides financial and emotional support and encouragement to individuals and families who suffer from the devastating effects of gun violence, as well as providing similar relief towards families who become faced with the devastating news of a breast cancer diagnosis.