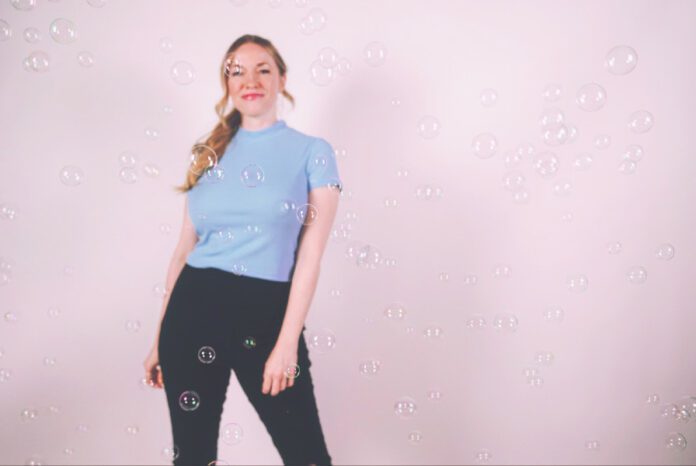 D.C.-based indie-pop singer-songwriter Emily Henry releases her new music video, “How It Feels,” a song inspired by the romance between the main characters of the queer pirate rom-com Our Flag Means Death.

Emily explains, “It’s a love story between two middle-aged men, both of whom are finding something good and real for the first time in their lives. Their fumbling romance is sweet, awkward, hilarious, and deeply relatable.”

“How It Feels” was completely funded by Emily’s Twitch community, where she hosts live concerts thrice weekly for a burgeoning international audience.

Emily began writing songs early on, writing melodies to the poems and lines of her favorite characters in storybooks. Later, in 2016, she released her debut EP, Matchsticks, a collection of folk-infused pop songs, at once mysterious and shadowy.

In 2021, Emily dropped her debut album, The New World, an assemblage of pop songs dripping with atmospheric, misty residual energy.

According to Emily, The New World was inspired by “stories about love and magic and what it means to be a person – all about vulnerability and connection, feeling your way in the dark toward something new.” The album received vast acclaim from elite outlets.

Rolling out on deliciously thrumming tones, “How It Feels” flows into a buoyant rhythm full of beaucoup pop allure. Ebbing and rising on percolating layers of tantalizing leitmotifs building to the bright and breezy chorus, the tune fluctuates with gleaming guitars and happy-go-lucky vocals.

Highlighted by Emily’s vibrant voice, simultaneously sparkling and surging with warm textures, the song projects the exhilaration of newfound love.

Brimming with electrifying emotion, a contagious beat, and irresistible vocal charm, “How It Feels” spills over with stylish magnetism.