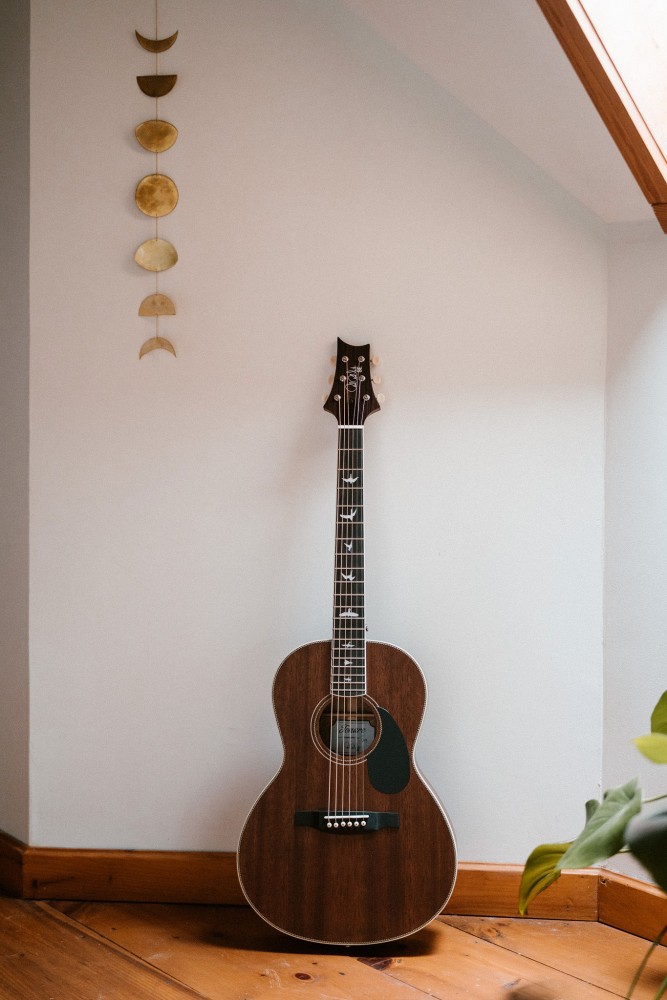 Since 1985, Paul Reed Smith Guitars (PRS) has been widely recognized as one of the world’s premier guitar and amp manufacturers. After decades of focusing on electric guitar craftsmanship, PRS entered the acoustic realm by expanding its more affordable SE series. After receiving positive reviews for these acoustics, PRS now presents their first smaller sized parlor guitars: SE Tonare Parlor Acoustics.

Today, we’re reviewing the PRS SE P20E model. Don’t be fooled by its size—this guitar packs a huge punch. An all-mahogany construction provides a warm, mellow voice, and the PRS hybrid “X”/Classical bracing allows the top to freely vibrate, projecting a bold, even tone. The comfortable and compact body shape enhances the midrange and makes it a perfect instrument for fingerpicking.

The SE P20E is stocked with a Fishman GT1 pickup system, consisting of an undersaddle pickup and a soundhole-mounted preamp, with easy-to-access volume and tone controls. This transforms what some may consider a “couch-only guitar” into a workhorse stage and studio instrument, and the parlor size makes playing for hours effortless and comfortable.

Available in three satin finishes with herringbone rosettes and accents, PRS SE Parlor acoustics look as good as they sound.