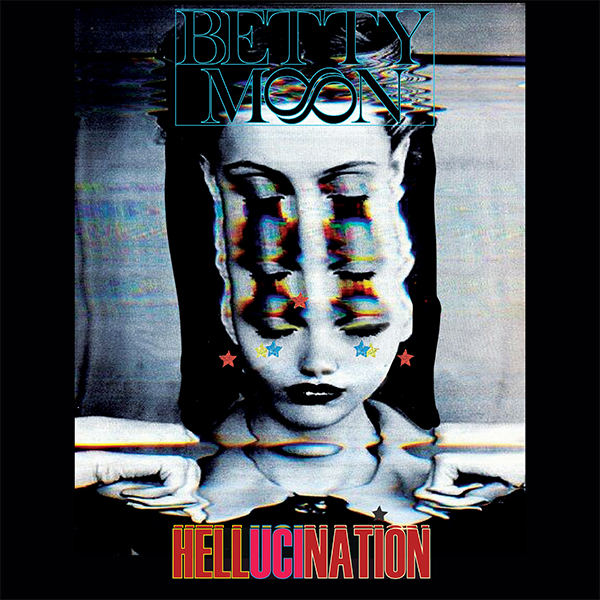 Born in Toronto, and now based in Los Angeles, singer-songwriter Betty Moon recently dropped her ninth studio album, entitled Hellucination, a term amalgamating the ideas of hell and hallucination.

Like the title, the music on Hellucination blends a variety of genres into delicious sonic brews brimming with diverse textures, including heady dance pulsations, visceral rock, and sparkles of pop, as well as creamy dream-pop and galvanizing electro-pop. The one stable facet of the songs is Moon’s sumptuous voice, ranging from edgy grittiness to velvety sonority, yet always subtly nuanced by a mandala of coruscating timbres.

Moon began her music career while in high school, selling over 10,000 homemade records, an unheard of feat which stunned the industry labels. A&M/Universal signed her and released her self-titled debut album. Since then, she’s been nominated for CASBY Awards, played the main stage at the Sunset Strip Music Festival, and performed with The Offspring, Marilyn Manson, and Steve Aoki, along with having her music featured in films and television: Dexter, Californication, Bounty Hunters, Last Gasp, and Walking the Dead.

“We don’t come from the same cloth/ I’m a Saint, you’re a sinner
I don’t know where you got lost / But you can’t run forever.”