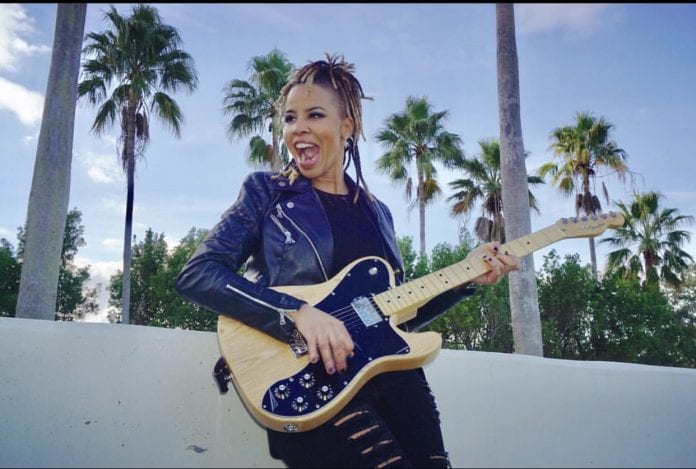 JUNO is an accomplished professional guitarist from Chicago. She began playing guitar after college while working as a drug therapist. She picked up the guitar as a way to connect with a 15-year-old heroin addict patient who played the guitar. She hasn’t put it down since then.

JUNO’s debut album is out now. Titled Help Is Not On the Way and can be found HERE. 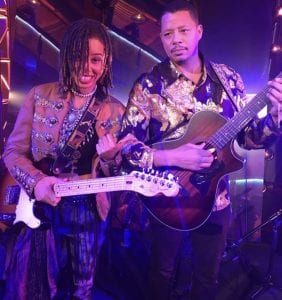 JUNO has played for artists such as Camila Cabello, Lizzo, Erykah Badu, Machine Gun Kelly, 5th Harmony, Estelle, Common, India Arie, Monica, Sevyn Streeter & more!  She is the lead guitarist for BET’s Award show “Black Girls Rock” and in 2018, she joined the cast of the hit show Empire on FOX. 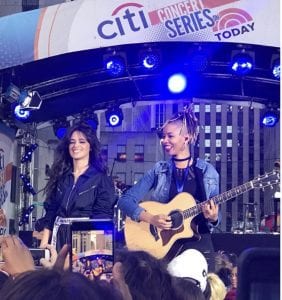 JUNO briefly attended Berklee College of Music in 2015 and has since taught guitar master classes for Taylor Guitars, Fender Guitars, and Reverb. She is also filming for her new guitar lessons series called “Guitar Bootcamp.”

JUNO continues to travel the world sharing her contagious passion and love for music.