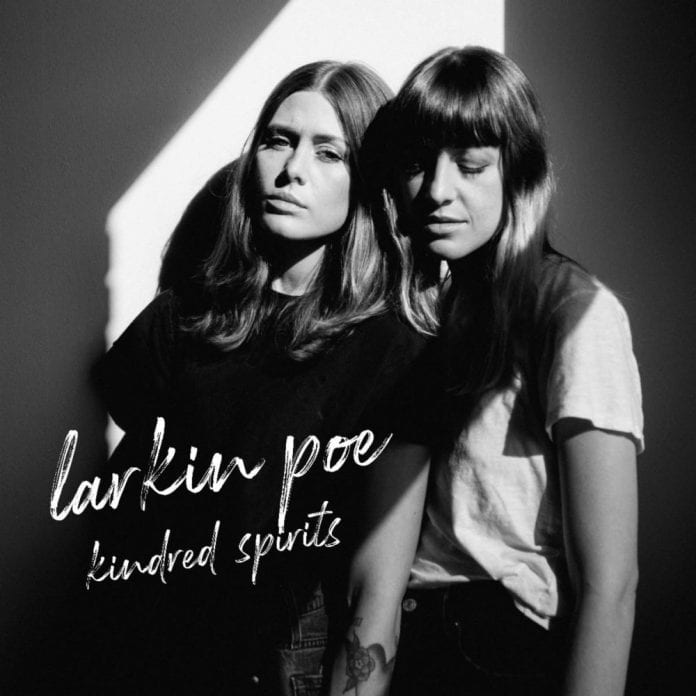 KINDRED SPIRITS, the covers album by rock/alternative duo Larkin Poe, explores music with tributes to acts from old school blues to pop. The duet between Rebecca and Megan Lovell blends melodic vocals and classical craftsmanship for listeners of all genres to feel the music and appeal to each note.

The sisters self-produced their second full-length album of the year from their home studio in Nashville on their own label, Trick-Woo Records.

Standout tracks include the twangy cover of “Fly Away,” originally by Lenny Kravitz, and the definitive “Ramblin’ Man” by the Allman Brothers. Larkin Poe demonstrate the catchy side of country with noteworthy singles to sing at the top of your lungs or listen to in your own headphones when you want to appreciate the details in each song.

“Music is a bridge that can connect generations across time,” says the Lovells. “In recording KINDRED SPIRITS, our admiration for the artists who originally wrote and performed these songs blossomed into an even deeper reverence. Coming up in a family of music lovers, a lot of the songs have been with us since childhood. In 2015, we started a YouTube series dedicated to paying tribute to our musical heroes that unexpectedly took off. When fans began requesting recorded versions of the songs, we began daydreaming about how an interpretive album might take shape. Bringing these old friends into the studio, stripping them to the bones, and recording them live and raw, felt like a ritual. We’re grateful for the experience of making this album and grateful to the kindred spirits who have come before us and written the soundtrack of our lives.”

With just two leads and a courageous approach to cover tracks, Larkin Poe showcase their organic talent with KINDRED SPIRITS. The duo makes each classic song their own to include their original flair and twang on each melody. KINDRED SPIRITS is a true classic with spins on classic anthems to bring the meaning of girl power to life.

By covering traditional male vocals such as those from Elvis Presley and Elton John, Larkin Poe create an inspirational vision for women singer and songwriters to let them know they too can become classic icons in music. KINDRED SPIRITS is a deluxe find for new and existing fans to explore the beauty in the artists’ voices and dance along to the catchy tunes.

This album explores multiple genres with a sound unique to Larkin Poe’s voice and style. Listeners will enjoy the musical odyssey and the diversity in the music with classics they know by heart to feature a new spin on the tunes. From start to finish, KINDRED SPIRITS is sure to hit the charts and bring in new fans with every lick of the guitar and emotion in the singers’ voices.