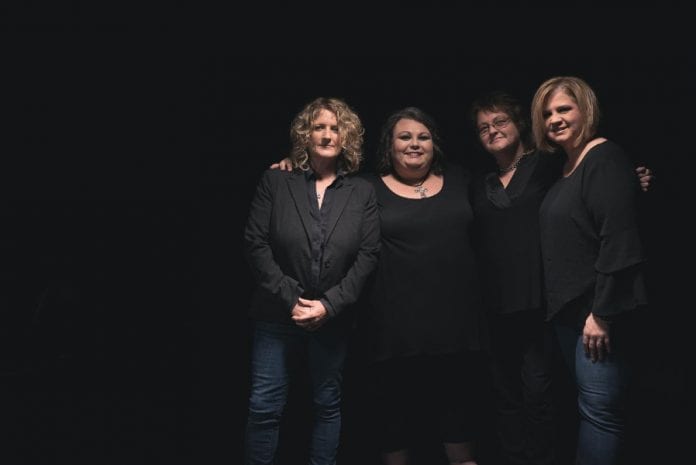 Their Entertainer of the Year award is unprecedented, marking the first time in the IBMA’s 35-year history that an all-female group has won the top prize. The unparalleled feat follows on the heels of the group becoming the first all-female act to win Vocal Group of the Year in 2019.

Speaking about the accomplishment, vocalist/mandolinist Tina Adair shares, “We’re proud of this honor. There’s a lot of purity and traditionalism in this genre, but a lot of progressivism, too.”

Vocalist and banjo player Gena Britt adds, “We love getting to contribute new perspectives to a style of music that has shaped us all.”

Formed in 2012, Sister Sadie is made up of Tina Adair (vocals, mandolin), Deanie Richardson (vocals, fiddle), and Gena Britt (vocals, banjo). Each member of Sister Sadie is a virtuoso, yet when the three gifted artists come together, the blend surpasses the sum of the parts, creating a nonpareil whole.

Deanie debuted at the Grand Ole Opry at the age of 13, and at this year’s IBMA Awards won Fiddle Player of the Year and Collaborative Recording of the Year for her contribution to Becky Buller’s “The Barber’s Fiddle.” Prior to joining Sister Sadie, Gena Britt received three IBMA Awards, while Tina Adair started her career early on, at the age of 14, providing vocals for her own band, followed by signing with Sugar Hill records at the age of 16.

According to Deanie, “We’re all over 40 and proud to be on the front lines to show other women that they can also achieve their dreams. We’re proud to expand the ways people hear and view bluegrass, too. To us, it’s a musical national treasure that can be traced back to the foundation of our country, and it tells a story of a landscape, a culture, a mindset, and a struggle to overcome the odds. It’s in our blood.”

Since coming together in 2012, Sister Sadie released their self-titled debut album, which skyrocketed to the top spot on the Roots Music Charts and the fourth slot on Billboard’s Bluegrass Chart. They followed with 2018’s Sister Sadie II, which debuted at number two on Billboard and then received a Grammy nomination for Best Bluegrass Album.

Remarkably, Sister Sadie’s success occurred sans a manager, publicist, or booking agent. Ardently independent, Sister Sadie is the embodiment of DIY, attesting to the power of teamwork, talent, and substance.