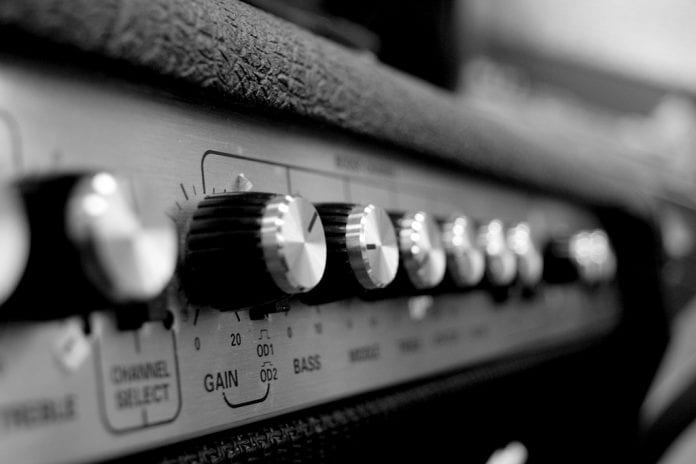 With acoustic guitars, every fiber of their being contributes to its tone. Whether you are fingerpick or strum, the strings used, the material of the nut, bridge, and pins, the woods used for the neck, top, sides, and back, the binding … everything. It’s truly a sum of its parts. No component of its design and construction is not important.

The premier acoustic guitar makers all know this and have crafted and built their guitars to have a signature tone, resonance, and timbre.

“The amplifier is as important as the guitar itself.”

When you are performing with an acoustic guitar outside of small settings where your guitar’s natural volume can fill its space (home, practice, studio), you will need an amplifier to amplify its voice. It stands to reason that the amplifier used with your acoustic guitar is as essential to its tone as the guitar itself. This is such an important point that most people overlook that I’ll say it again. The amplifier is as important as the guitar itself for tone.

Ideally, your amplifier is 100 percent transparent and precisely amplifies your guitar’s pristine tone in every way, but that’s not reality, not even close. Luckily, there are amplifiers specifically made to be used with acoustic guitars and can add a great deal to what your guitar and amplifier combined can create.

I adore amp shopping because it’s like Christmas on “rinse and repeat.” Your imagination can run wild with the possibilities. After I breathe into a paper bag for a few moments, I focus on what to look for when amp shopping. Some of these things may seem obvious, but we’ll talk about each with a little more “English” for good measure. What you want to focus on are the three Ps: Possibilities, Performance, and Portability.

With Possibilities, we’re talking about what it can do for you (aka its features). Are you looking to sing and play through your amp? Do you want the purest, non-coloring circuit possible? Do you want the Space Shuttle to be envious of its controls? The amp’s features are what you want to focus on. Figure out what you want in an amp. Educate yourself on this and look for amps with those features. Don’t worry about power or wattage as we’ll talk about this later.

On to Performance. Let’s say that after shopping around, you’ve found an amp that has everything you want, and it’s in your price range. Now it’s time to plug your guitar in and hear what it can really do. It’s recommended to do this in as quiet an environment as possible and with your eyes closed. What this will probably mean, for most, is a noisy music store with a cacophony of sound swirling around you; but do the best you can to use your ears and … listen.

A technical recommendation here is to turn the amp’s tone controls all the way up (Bass, Mid, Treble) and back out what you don’t want (like turning the Treble down for a little less of it). This is because most amps’ tone controls are passive, meaning that they only cut frequencies. Turning the tone controls all the way up allows the amp to give you everything it has to offer, and you be the judge of whether you like the way it sounds or not. Now, play. Is there definition, clarity, fullness, and warmth? Sing and play along. Does it compliment you? How does the way the amp sound make you feel? Do you want to marry it and live happily ever after?

“Features are what you want to focus on.”

Amps mainly fall into three camps: ones that use vacuum tubes (aka tube), solid-state, or digital. Each has pluses and minuses, but cost and personal preference are usually the guides here. Play through several of each type but here’s a general reference to what you’ll get:

Again, nothing beats playing through an amp with your guitar and hearing it for yourself and how it makes you feel.

I talk about Portability last because I recommend not being too worried about power, which translates into weight/a heavy amp. A short, true story as an example. Years ago, my band opened up for Cake at the Star Bar in Atlanta (crazy, I know). Their singer, John, plugged his acoustic guitar directly into a little Fender Champ tube amp, which has one control, Volume, and pointed the amp back at the drummer. The sound guy put a mic in front of it. You know what, it sounded awesome! The sheer simplicity of this set up was its crown jewel. With most clubs and venues, they are going to mic or DI your amp and run it through the PA. So don’t feel the need to get a large, heavy amp that will blow your hair back. You do want one with enough power to have an undeniable presence; between 40 to 100 watts is about the sweet spot (100 to 200 watts for stereo amps).

Now, what you have all been waiting for, the GGM Acoustic Guitar Amplifier recommendations. Without further ado, they are (envelope please) …

Now it’s up to you to play through some amps as the right one will find you. Superior acoustic guitar tone takes blood, sweat, and tears, but it’s so worth it. Once you come to know it and have it, it’ll be your friend for life.

Saddle up, it’s time to ride! 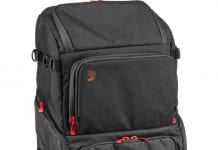