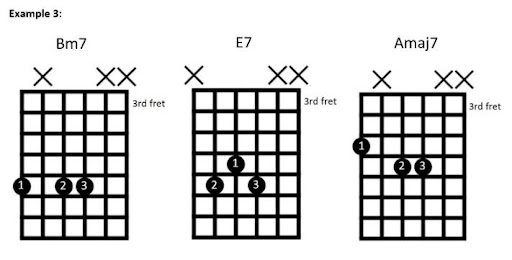 As we continue to grow as musicians, our journey often leads us to more complex concepts and chords. For guitarists, it can feel intimidating to learn how to play more advanced chords, but just because a chord is more advanced does not mean that it has to be more difficult to play. Many jazz and pop players will often use simple 3-note voicings called shell chords. In this lesson, we will discuss shell chords and how they can be applied on the guitar.

We can simplify seventh chords by turning them into shell chords. To do this, we will need to remove the fifth from the chord, leaving just the root, third, and seventh notes – these are the notes that give the chord the most character. Shell chords are often played with the root starting on the fifth (A) and sixth (low E) strings.

Example 1 consists of shell chords starting on the fifth fret of the sixth string. Each dot indicates the chord interval being played, while the Xs above the diagram represents the string not being played. Notice how the root (labeled R) remains in place while the third and seventh notes only move one fret from one chord to the next.

In Example 2, we can see how the shell chords can be played starting on the fifth string. Notice how the third and seventh notes have flipped strings.

Let’s put these two patterns together. Shell chords are often used in a ii-V-I progression, or a minor two chord to a five chord to a one chord. We will use this progression in the key of A in our practice exercise,

Try slowly playing one bar of Bm7, one bar of E7, and two bars of Amaj7.

Once you feel comfortable, try playing this progression in a new key, starting on another fret. Experiment with as many different positions as you can. 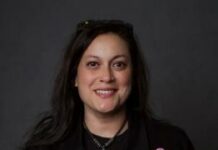 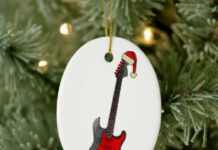 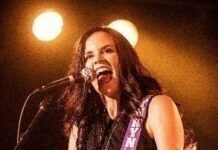